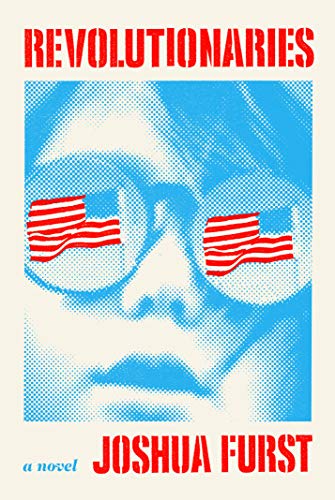 “Revolutionaries is overflowing, hyper, passionate, raunchy, forceful, and over the top—just like its subject, the fictitious sixties radical Lenny Snyder.”

Revolutionaries is overflowing, hyper, passionate, raunchy, forceful, and over the top—just like its subject, the fictitious sixties radical Lenny Snyder.

“You want to know how much Columbia loves you?” Lenny asks a group of undergraduates whom he leads on an impromptu campus tour in 1968. “There’s a park over there . . . Some grass where the locals can spread out blankets and have picnics. In summer, that fountain there is clogged with little black and brown kids, shrieking as they charge through the water, cherishing this brief respite from the sweltering claustrophobia of their apartments . . . do you want these kids to keep playing in the park? . . . To know what it feels like to run for a better reason than because the pigs are chasing them? . . . Columbia University believes these people don’t deserve their shitty little park. Columbia University believes it has a responsibility to build you a new multimillion-dollar gym on this park . . . Let’s liberate this school from its shackles . . .” and on and on for nearly three pages.

The novel is told by Lenny’s now-adult son, Fred (ne Freedom), looking back with mixed nostalgia, admiration, and resentment at his childhood as a prop and witness in various leftists causes and at his larger-than-life yet often absent father.

Starting as a kind of Robin Hood for lost Flower Children, Lenny becomes a leader of almost every major action of the sixties, from serious antiwar protests to Yippie pranks to violent robberies to practical food-scrounging—including the 1968 student strike at Columbia, the demonstrations at the 1968 Democratic National Convention in Chicago, the 1970 March on Washington, and also a stunt raining dollar bills onto the floor of the New York Stock Exchange. His charisma, combined with a nose for what makes news, is irresistible.

“He’d say, ‘The Revolution needed its heroes. He just happened to hear the call,’” Fred recalls.

Lenny and his wife Suzy incorporate their son into their activism starting almost from birth. Fred is chained to a tree they are trying to preserve, schlepped to meetings and protest marches, trotted out at radio shows, and often ignored. Late one night, when Suzy and a friend are trying to put up posters while tripping on acid, Fred says, “I tugged them by the hand from wall to plywood wall, a daisy chain of freaks led by a barefoot child. It was no big thing. I’d done it before.”

And then, starting around 1974, Lenny’s world collapses. President Nixon resigns, the U.S. leaves Vietnam, the women’s movement questions the preeminent role of men, and liberals move on to steady jobs. “The glory days were over. He’d aged out of the fight.”

In the ultimate humiliation, Lenny is arrested for selling cocaine, and his former followers variously turn their backs, scoff, or yawn.

Author Joshua Furst—who has won several awards for his two previous books of fiction—does a good job with the complex juggling act of portraying the child Fred’s viewpoint through the adult Fred’s memories and newfound awareness.

When Lenny takes five-year-old Fred on a meandering tour of his own childhood haunts, the adult Fred thinks, “I should’ve asked Lenny about all of this. But I didn’t have the wits yet to know how to do that . . . I understood that this experience was profound, but why that might be was beyond my comprehension.”

But the key to this novel is its overabundance. Is there too much?

Arguably, the only way to show the full impact of a force like Lenny is to imitate it in the writing style. Thus, for instance, the four-year-old Fred learns—in Lennyesque language and at Lennyesque length—that “right was wrong and wrong was right. That the people the TV said to fear—the dangerous elements with their rude behavior, the revolutionaries robbing banks and stealing Brinks trucks and writing manifestos, dudes arrested at the border with their seaplanes packed with weed, the balaclava-shrouded meme gaged in armed struggle all over the world, taking hostages at the Olympic Village in Munich—they were our heroes. Brave freedom fighters. Our people. Compadres. Lenny was one of them. My mother, too.”

Yet Furst goes too far with Lenny himself. The scope of Lenny’s personality and supposed achievements strains credibility—Bobby Kennedy, Kathy Boudin, and Abbie Hoffman all at the same time. Oh, and he also hobnobs with the likes of Allen Ginsberg, Phil Ochs, Rip Torn, Geraldine Page, and Grace Slick of the Jefferson Airplane.

Perhaps Furst painted Lenny in such extreme colors to be satirical. That would be a shame, actually, because it would undercut the passionate honesty of the rest of the book.