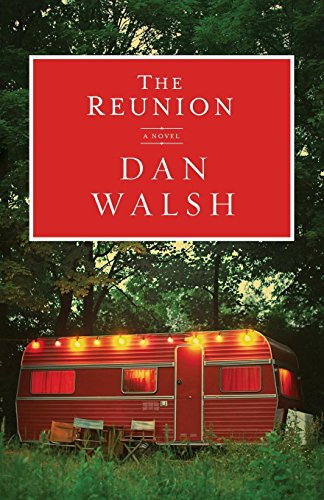 The Reunion is a wonderful story about one man who represents a large segment of our society: Vietnam era veterans.

The book’s protagonist, Aaron Miller, was a broken man after his service in ’nam. Wounded during a ferocious firefight, he was eventually shipped back to the United States to be hospitalized and treated.

Unfortunately, the treatment turned out to be worse than the actual event that landed him in the hospital to begin with. Medication, and later, alcohol, would be the only remedies relieving Aaron of his post traumatic stress. The drugs, combined with his war memories, ultimately sever his relationship with his wife and children.

Mr. Walsh does a nice job developing a cast of supporting characters surrounding Aaron Miller. There’s Dave, who initially embarks on a book writing project to honor his own father who died in the war; Karen, Aaron’s daughter, and Steve, Aaron’s son, both play pivotal roles in this tale approximating real life, despite its firm classification as fiction.

The author’s research enabled him to recreate some terrifying battlefield moments that were the norm during the Vietnam war. His gritty descriptions of patrols, and in particular, the job of the “point man”—the lead soldier to inevitably draw the enemy’s fire and suffer injury or death from booby traps—was spot on.

What stood out in The Reunion was that Dan Walsh wrote such a beautiful story about a subject this nation has never apologized for: the disgraceful treatment of Vietnam-era service members. As one of those veterans, I can attest to the fact that we were shunned and disrespected upon our return home. That treatment was certainly a contributing factor to the many cases of PTSD prevalent in that group of vets.

Beautifully written with a message of hope and redemption, The Reunion will energize the soul. It’s about losing everything one holds dear and plunging into the darkness, only to be drawn, finally, to the light of salvation.