The Report: A Novel 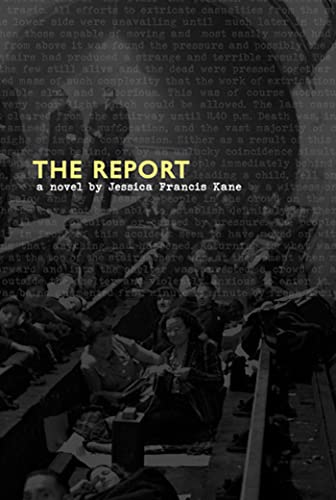 The search for the truth can often be elusive. The truth itself can be devastating. The Report is a work of literary fiction based on a search for a truth no one really wanted to believe.

The Bethnal Green Tube station incident was the largest case of civilian casualties of World War II, and yet it occurred on a March night in 1943 when no bombs fell over London. It occurred not from shattered glass or the wreckage of buildings destroyed by war but by the bodies of the people themselves, the very individuals trying to enter the Bethnal shelter for safety. It occurred because of one person and because of hundreds.

Jessica Francis Kane’s The Report is a lyrical and almost poetic rendering of what happened that night and in the following weeks and years after the tragedy. It is not only a search for an answer to why but also a telling of the events that came after and shaped our view of the tragedy. What do we do after horrendous occasions? Do we assign blame when there is blame all around? Do we point fingers or do we grieve as a community? What if no one is really to blame?

Building an interesting narrative from the viewpoint of multiple characters, Kane lays the path for readers to follow into a moment in history not familiar to many. This is the story of the people involved and of all those who spent time in bomb shelters during the war. It conveys the tone and detail of a period in time that is often hard to believe was once a reality. As Kane elegantly writes:

“But talking to him was like talking to any young person about the war years: they spoke from a background of black-and-white pictures, while your memories were very much in color. They asked about the rationing while you saw coupons. They spoke about the public morale, when what you remembered was the faces. Try as they might, they only heard a chord or two, while the whole symphony still roared in your head.”

The Report is a lavishly detailed and yet honest book. Kane does a spectacular job providing the setting, characters, and the action on what happened that night; a night that has rarely ever gotten the attention it deserved. It also honors the 173 casualties that will not be forgotten.