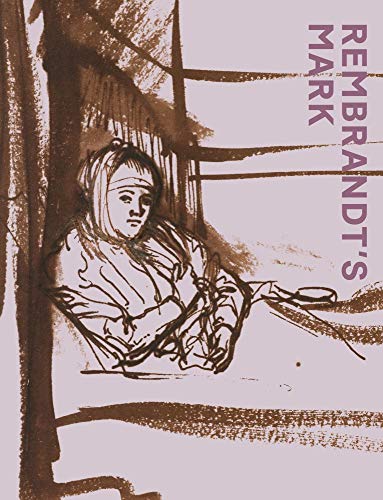 After Leonardo Di Vinci there was Rembrandt and before Picasso there was Rembrandt. As the German-born artist Max Beckman observed, “No one gets around Rembrandt.” Artists don’t get around him and neither does the public. Beckman’s comment is as true today as it was in 1912 when he made it.

It has been especially true this year, which marks the 350th anniversary of Rembrandt’s death, which has been duly observed in the U.S. and in Europe, most notably with a munificent exhibit of the work of the Dutch master in Dresden, home to the Kupferstichkabinett, the largest museum of graphic art in Germany that boasts an extraordinary collection of Rembrandt’s drawings and prints.

Rembrandt’s Mark, by Stephanie Buck and Jürgen Müller, offers dozens and dozens of reproductions of his work, done over a lifetime that was marked by commercial success and fame, and by the death of Saskia at the age of 29. The death of Saskia meant the loss, not only of his beloved wife, and the mother of their children, but also the loss of his muse and his most important model. Rembrandt lost all four children and never remarried, though he outlived Saskia by 27 years.

Rembrandt’s Mark does not include the artist’s most famous paintings, including his playful “Self-Portrait with Beret and Turned-Up Collar,” “The Anatomy Lesson of Dr. Nicolaes Tulp,” “The Hundred Gilder Print,” “The Polish Rider,” and his memorable sketches of Jewish life in Amsterdam in the 17th century.

No one who has ever seen Rembrandt’s “Polish Rider” or his many self-portraits has forgotten them. Still, while his best work isn’t represented in Rembrandt’s Mark, the book does reproduce many of his most brilliant sketches.

This book takes viewers behind the scenes, behind the famous canvases and reveals the artist at work, and his works-in-progress. The book also traces “the mark” that Rembrandt made on artists who followed him, including Picasso, Beckman, and Kathe Kollwitz, famous for her depictions of German working class life.

Nothing human was alien to Kollwitz, or to Rembrandt, as Stephanie Buck and Jürgen Müller make abundantly clear in this new book, and as demonstrated by the selections from the work of the Dutch master.

Nothing shocked Rembrandt and nothing disgusted him. He embraced life in all its glory and its stains.

In one etching, a woman defecates and urinates on a street and keeps an eye out for anyone who might spy her. There’s another of a man urinating. In yet another, a couple have sex in a bed, with the man on top and the woman on the bottom. She looks out at the artist and at the viewer, seemingly more interested in her portrait than her immediate pleasure. The work offers a sly commentary on human sexuality and vanity.

Rembrandt’s nudes, including an etching of Adam and Eve titled “The Fall of Man,” seem natural and stripped of any prudery. The many sketches of Saska bring her to life, even when she’s reclining in bed and seems to be in poor health.

Rembrandt’s Mark is indispensible for students and scholars of his work and his life. For those who have heard of the Dutch master, but know little or nothing about him, it’s an essential introduction to an artist born with the genes for line, mark and color, and who applied himself, disciplined himself, and took art to places it had never been before.

The text by Stephanie Buck and Jürgen Müller takes readers into the joys and the tragedies of Rembrandt’s life. Their book is a welcome tribute to our first truly modern artist, who had an unerring eye and an unfailing sense of composition with a paintbrush and the tools of the engraver.