Reinvention and Restlessness: Fashion in the 90s 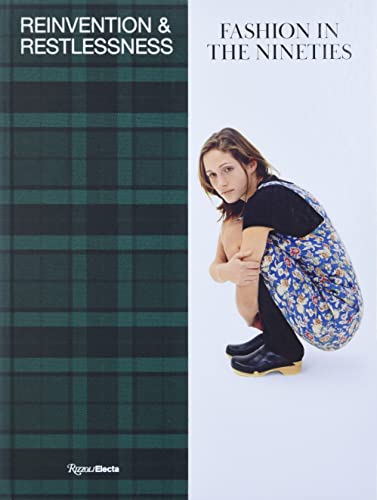 A vast majority of devoted and knowledgeable readers or fashion followers could easily say it was the best of the times, it was the worst of times! The ’90s engendered new fashion stars as well as some of the most unattractive fashions of any decade, as well as many that still exist. The author has meticulously researched this decade as much as she would any thesis or scientific theory, and yet the prospective reader might not be as thrilled as one might expect by these efforts.

While the images are glorious and wonderfully presented, there are not enough of them that stand up to the text; the details are so precise and exacting that the reader will want to see more of what Colleen Hill is writing about. If a picture is worth a thousand words, then Reinvention and Restlessness needs many more “words” that would have served to drive her point home more effectively than just professorial text.

As a voracious fashionphile you might find some of Hill’s assessments overstated and possibly inconsequential in this decade of fashion. One cannot always express in words what they intend the reader to “see” or comprehend. The images in a book of this genre demand a greater presence accompanied by briefer verbiage.

The decade produced some of the greatest young designers of a generation while exposing some who never quite lived up to the hype that was afforded them. Hill lays them all out as equals, which they most certainly are not, and actually portrays Bernard Arnault as some sort of visionary when it came to matching a designer to a brand. This reader believes it was much more about return on investment and to keep trying until he mated the right designer with the right brand. He was all about business!

As a result, Hill’s monograph turns into a fact laden and dry read that really should have been a superbly photo laden examination of all the positive, negative, and groundbreaking events in fashion that occurred in the ’90s but instead left this reader less than satisfied with this flat accounting.

One very important facet of this decade of fashion that Hill overlooks is that this was the decade when designers were given a voice and spoke about inspirations and the whys and wherefores of each collection, which turned into press releases, which in turn became major sources for each media review.