The Redshirt: A Novel (Contemporary Poetry And Prose) 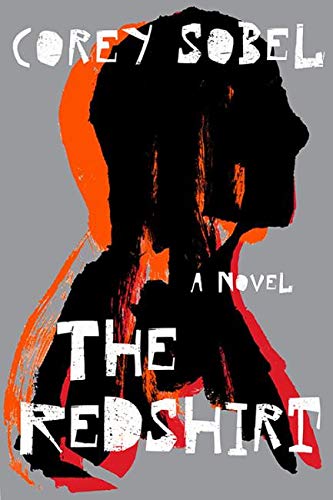 At the opening of Corey Sobel’s eloquent, poignant novel The Redshirt, narrator and central character Miles Furling tells us that football players die twice; the first time when they have to give up the game. Ten years after he gave up the game, Miles won’t admit his football past to anyone. The announcement that his college comrade has suddenly retired from professional football acts as a kind of Proustian madeleine, leading Miles to tell his story.

Miles Furling is a scholarship football player at a very thinly disguised version of Duke University, from which the author graduated in 2007. This reviewer was on the Duke faculty when Sobel was a student and can appreciate Sobel’s specific descriptions of the campus and environs.

In his acknowledgements, Sobel apologizes to the Duke football team for letting them down. Did he follow the same path as his central character? Sobel’s novel is so rich in detail that one doesn’t know whether to place it in the realm of college fiction a la F. Scott Fitzgerald and Thomas Wolfe or closer to autofiction like the work of Edouard Louis. The Redshirt also fits with other novels and memoirs that center on closeted gay athletes.

Miles, who comes from a struggling Colorado family, dreams of getting to play on a powerhouse college football team. However, he is a year younger than most high school seniors (he skipped a year of elementary school) and doesn’t yet carry the physical bulk to compete in the big time. Instead, he is offered a football scholarship to King University, a prestigious Southern private university with a famously losing football team. With a new coach and a wealthy alumnus offering a cash bribe to at least one high school champion, the university hopes for a reversal of the team’s long losing streak. The bribe goes to Reshawn McCoy, a star player who has been brought in to work miracles. There is mystery at first in why a star like Reshawn would sign up with a losing team that is built on players that major programs don’t want.

As he becomes more and more devoted to his studies, he clashes with the coaches who want his total attention. Through Reshawn’s story, the reader sees that scholarship athletics can be a form of indentured servitude, all the more vivid as African American Reshawn becomes devoted to the history of slave literature. Athletes like Reshawn and Miles who are intelligent, serious students are in a double bind. They aren’t taken seriously by much of the student body who see them as dumb jocks, and the academic seriousness of some is seen as a liability by their coaches. They are expected to take easy courses so that their studies don’t get in the way of their training and performance.

Miles has a different conflict: how to negotiate his sexual orientation in a macho sport that allows the cruel expression of homophobia even at a liberal university. Can Miles be both a scholarship football player and an openly gay young man? The only way to have a relationship is to assiduously avoid being seen in public with a boyfriend and have a female “code name” for the boyfriend on phone texts. Given the policing of the closet and the cutthroat competition among members of the team, is it even possible for Miles to have an honest friendship with the other closeted gay teammate? Miles has no positive role models. His high school coach is a closeted man. The coaches at King pass on the same misogynistic and homophobic taunts they learned as college players. Coming out as an athlete at King College is seen as an either/or proposition.

Sobel offers detailed descriptions of the various initiation rites for new team members as well as of practice scrimmages and locker room comradery and conflict. Players are friendly with each other but not really friends. After all, they are sometimes competing for the same position on the team and must be ruthless to gain or maintain their position. Coaches preach team spirit but encourage competition and treat their unruly star player with kid gloves. The coaches know their days are numbered if they can’t reverse the terrible record of the team.

During Sobel’s years at Duke, the two big athletic stories were the continued success of the basketball team, which, oddly, doesn’t seem to exist at his King College, and the unfounded accusations of rape against the lacrosse team. A scene with a Black stripper performing for the football players and anally violating one of them seems to be a bizarre parodic reversal of the allegations against the Lacrosse players.

Sobel, who won Duke’s major literary prizes, is a gifted writer with an eye for precise description. One can feel mired in too much detail at times. Moreover, the denouement doesn’t seem totally credible. Wouldn’t an institution like King College give an academic scholarship to a serious student with a 4.0 grade point average and a family with straitened financial circumstances?

Like his central character, Sobel obviously loves football but sees the flaws in how the game is run on the college level. The Redshirt is an absorbing portrait of the culture of college athletics as expressed at an institution determined to move from loser to winner at football. Its central character still grieves for his football past and laments the compromises his friend Reshawn has had to make.

We know in the first chapter the unhappy present of these characters before we delve into their past. Sadly, Miles and Reshawn live out each other’s dreams. Miles becomes an academic in a prestige English Department while Reshawn plays for the Seattle Seahawks so he can continue to support his family. Going back and rereading those first pages after finishing the novel makes The Redshirt all the more poignant.