The Realm of Last Chances 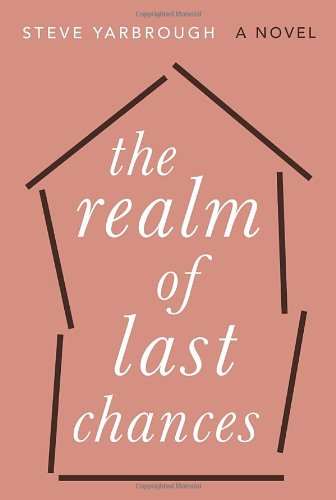 In these difficult economic times it’s often hard to find suitable employment, so imagine 50-something Kristen Stevens’ anxiety after losing her administrative position at a prominent California university.

Married to her second husband, Cal, who spends more time playing his music than earning a living, Kristen accepts a post at a mediocre college outside Boston. Not accustomed to the climate or the ways of her new home, Kristen wonders if she’ll be able to adapt and enjoy the job.

Kristen begins her duties finding herself in the middle of workplace politics. Finances all over are tight, especially in academia, and Kristen is aware others within vied for her appointment, so she is torn as to what her part plays in this situation and with her colleagues. While she works long tedious hours, Cal is supposedly remodeling their older home, but more often than not, he is spending time in his third floor “man cave” tinkering with his guitar.

Neighbor Matt Drinnan is depressed because his wife left him for a local resident; someone familiar to Matt, and a man he crosses paths with more than he would like. But Matt realizes he only has himself to blame for the demise of his marriage, and although he claims he’s changed, it is still over.

Matt meets Kristen when she is walking her dog and they soon become friends. They meet after work for cocktails, which quickly turns into more than just drinks. Matt is younger than Kristen, but they both are lonely and feeling unsettled in their lives.

Steve Yarbrough’s novel depicts the all-too-common isolation that is customary when moving to a new place or during a divorce. He plays on typical human emotions and our need for empathy and intimacy with others—even if those others prove ultimately wrong for us.

The Realm of Last Chances is a modern-day depiction of situations many folks are now facing. The novel starts off slowly with chapters jumping from one character to another—including some who are superficial to the story. This tends to slow it down and proves disconcerting, but the portrayal of one’s need for acceptance and love makes up for this minor and unnecessary complexity.