Is This the Real Life?: The Untold Story of Queen 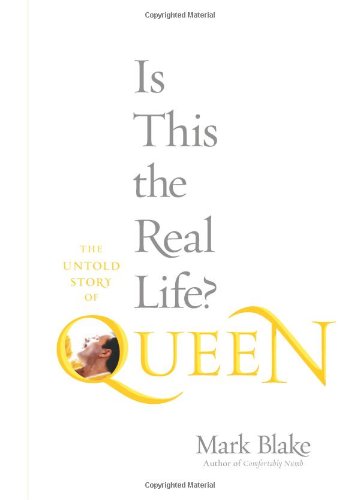 Books should be an adventure. They should either tell stories that pull us in and keep us reading, or they should teach us unique and marvelous feats. It is hard not to be excited when starting a new book: What if this is the best book ever read, ever? And yet . . . more often than not, especially lately, most books have been underwhelming.

Honestly, it seemed like Is This the Real Life? The Untold Story of Queen was just going to be another disappointment. The introduction and first couple of chapters were not attention grabbing. Also, the idea of yet another book about Queen felt a little contrived. Part of the problem occurred because of one small grammatical choice the author (and editor and publisher) chose to make.

Throughout the entirety of the book, Mr. Blake decided to use the plural when referring to Queen (at least he was consistent). Technically, this can be argued as correct because Queen does consist of four individuals and is therefore plural. An example: “Queen were walking up the ramp into the stadium.” Awkward, right? (Even during the writing of this review, Microsoft Word kicked it out as being wrong.) It would have more correct, and more modern, to say either “The members of Queen were . . .” or “Queen was . . .”. Queen is singular— one band. At one point, Mr. Blake says “The band were . . .” and regardless of whether British people speak this way, for a book published in the U.S. for U.S. readers, this is just wrong—and incredibly annoying.

Other awkward phrasings and incorrect grammar mar this work and make it challenging to stay in the story. These issues are more an editor’s (or publisher’s) problem than the writer’s, but all of these folks should be smart enough to know better.

That said, as the reader progresses through the book, it really starts to get interesting. This reviewer came late to the Queen party. It could not be helped, I was less than eight years old when the band first formed. In the U.S., Queen had a strong revival that began in 1991 with the release of the movie Wayne’s World, and I was in the middle of it. Unfortunately most of the Queen songs came to me via TV and commercials—“I Want to Break Free” and “Bicycle” to name a few. This book gives these songs life outside of Madison Avenue.

Also, it was hard, but compelling, to read the about the decline and fall of Freddie Mercury—almost as hard as it was to read about his hedonistic heydays. When it came to partying, Queen set the bar. Unfortunately, all good things must come to an end, and some endings are just harder than others. Freddie’s was particularly hard because of the amount of talent that he undeniably possessed and the anguishing manner in which he died.

So the moral of this story is: Give the book a good 200 pages, and it will start to get interesting. And do not mind the weak, unAmericanized writing. That’s just the way Queen were (er . . . was).