The Radio Operator: A Novel 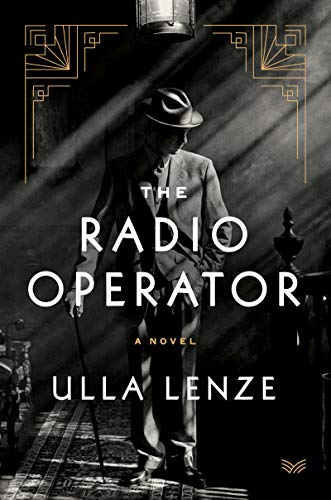 “For most immigrants, the streets of America’s urban communities were paved with stones, not gold.”

Josef Klein came to America from Germany in the 1920s with few skills and less money. In her first novel translated into English, Ulla Lenze, a freelance author in Berlin, tells Josef’s story in an enthralling novel of Nazi espionage in New York City in the late 1930s. Josef (or “Joe” as he called himself in America) was not a calculated spy. He was recruited by Nazi operatives using threats against his family in Neuss in Germany’s Rhine valley. One wonders as the plot unfolds whether the Nazis were sufficiently competent to carry out their threats. They seem like a gang that couldn’t shoot straight. Josef complies with their demands nonetheless, perhaps because he is so sad and fearful.

Josef finds himself through his shortwave radio, thus the title of the book, The Radio Operator. He marvels at the ability of the shortwave to reach around the world to connect to other lost souls. He develops the technical competence to build his own wireless, a talent the thugs in the Nazi espionage network apparently did not have themselves. The operatives arrange to meet Josef, and they recruit him to transmit what they say is “commercial” information to Hamburg.  Unwittingly, he was reporting valuable information directly to the Third Reich. Josef finally realizes his new employers were spies, but by then he was already caught in their web.

Josef’s radio has a variety of uses. In addition to sedition, Josef’s radio connects him to other lonesome and unfulfilled persons. Lauren appears lost and isolated at her family’s farm in the Catskills. A potential love interest, Lauren ultimately visits Josef in New York City. Josef lives in Harlem in the only apartment he can afford to rent. Lauren shares Josef’s love for jazz, but it is unclear whether they shared any genuine affection. When Josef discloses to her his unwilling connection to the Nazis, Lauren convinces him to turn himself in to the FBI.  The American authorities detain Josef for years at Ellis Island and after the war he is deported to Germany. Josef returns to his family’s homestead in Neuss, but only for a while.

Vowing to return to New York and to Lauren, Josef travels to Buenos Aires where the Nazi contingent has settled after the destruction of the Reich by the Allies. He never does make it back to Harlem.

Lenze’s narrative is fresh and well-drawn. She is a talented storyteller, and this narrative, her introduction to the English-speaking audience, is noteworthy. She is faultless in relating the lives of immigrants in a time of growing unrest. America before World War II is a land of anti-Semitic, racist and xenophobic hatred, and Josef appears to be addled. Based on a true story, The Radio Operator is a marvelous period piece from a unique perspective. The despondent victims of the American Depression—both native-born and immigrant—survive under the smoggy skies. For most immigrants, the streets of America’s urban communities were paved with stones, not gold.