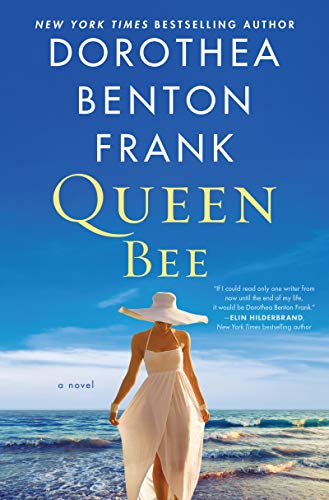 “This is an author who never fails to entertain.”

It is February of 2017 and Holly McNee Jensen lives with her 60+-year-old cantankerous mother Katherine who thrives on attention and is a bit of a hypochondriac. Holly and her sister, Leslie—now married and residing in Ohio—call Katherine "QB" for Queen Bee for she is a drama queen. She is largely overweight, spends all her time in bed, and constantly shops on QVC.

It is Holly's duty to care for Katherine, but she manages to find an escape from her mother's constant belittling by "talking" to her honey bees, which she raises in their yard. In addition, she volunteers at the local library and sometimes watches the McLean boys who live next door and whom she adores: Tyler, seven, and Hunter, five. They are being raised by their single dad Archie after their mother perished in a car crash almost a year before.

Holly loves children and is desperately trying to attain a teaching position at the Sullivan's Island Elementary School, but competition is fierce. Disillusioned by her cranky mom who constantly complains, Holly takes a part-time job at Publix where she decorates cakes, finding a new creative outlet. In her spare time, she is with the boys, educating them about the bees, and enjoying their company.

One day she receives a frantic call from Leslie who reports she's leaving her husband Charlie and returning home. Charlie has decided to be a female impersonator and Leslie is filled with embarrassment and humiliation. How could Charlie do this to her?

"The phone rang. It was probably Leslie because no one else ever called. It was.
"'Hello?'

"She sounded terrible, as though she'd been crying.

"I put the phone on the counter and went down the hall to peek in our mother's room. Before I got there, I heard the snoring. Great God in heaven, that woman could snore like every hog in hell was singing the 'Hallelujah' chorus from Handel's Messiah. I went back to the kitchen and picked up the receiver.

"'It's not even ten o'clock,' she said in a very whiny voice.

"'What do you want from me? What's going on, Leslie? You sound awful.'

"'You know that trip to Atlantic City I took with Charlie last week?'

"'Let me guess. You won a million dollars?'

"'Clean my room. I'll be there tomorrow night.'

"'How long are you staying?'

"'Oh, hell, you're going to find out anyway. To audition to be in a show. Dressed as a woman.'

"'I'm sorry. I don't think I heard you correctly.'

"'You heard me correctly. Charlie is a female impersonator.'

"'Just get yourself home. We'll get this all sorted out.'

As Holly spends more time with the two children, she fantasizes about Archie, believing he would make a perfect husband and she would be a wonderful step-mother. She prepares most of their meals, and when he offers to pay her, she is insulted. Soon she learns Archie has a girlfriend named Sharon, someone Tyler and Hunter do not like at all.

Before long Archie informs Holly he is going to marry Sharon, so there goes Holly's dreams of a happy life with their family. Sharon, though gorgeous, is self-centered and shows no interest in Archie's sons. Holly, Leslie, and Katherine are beside themselves with worry about what's going to happen with the boys, but Archie plans the festivities, and they're all invited to the wedding. And, who should show up but Charlie, and dressed in drag, no less! While the Jensen ladies are appalled, Archie finds it hysterical and insists on taking pictures.

Charlie, happy with his new "vocation" heads to Las Vegas to break into the entertainment field and pleads with Leslie to join him. She cannot believe this is the same man she married, but she loves him and is astonished at how good his act is. Katherine surprises Holly and Leslie when she states she's going to Vegas to make all Charlie's outfits. Holly is shocked at the change in her mom; she is no longer a bad-tempered senior citizen but is now a cheerful and upbeat helper.

Meanwhile, while Holly is alone on the island, she tends to her bees, works at the grocery store, and is upset about Archie's kids. They are not getting any love from Sharon and have to deal with their dad who agrees with everything the wicked stepmother demands. Holly wonders how to help these boys, and what happened that Archie became such a wimp. Sharon dictates to all three McLean males with Archie oblivious to the unhappiness of his sons. During this time, Holly realizes this man is not a good catch after all.

Leslie, Katherine, and Charlie are having the time of their lives in Vegas and Charlie's performance is a big hit. Katherine meets Suzanne Velour, an elderly drag queen otherwise known at Buster Henry, a retired military officer who got sick of wearing uniforms and likes costumes better. The two become super close and like magic, Katherine blooms like a young co-ed. When Katherine's husband dumped her for a younger woman, she swore she would never have anything to do with men, but Suzanne (Buster) is what she needs to bring her back to life.

As usual, Frank's novels offer hilarity and an in-depth description of the Low Country of South Carolina. The reader can sense the wet blanket of humidity, smell the spring flowers, hear the buzzing of insects and the roar of ocean waves, and be tempted by the delectable cuisine of the area. Along with a heartwarming read about family re-bonding, anecdotes about raising bees and their cycle of life adds color and personality to this story so one feels a part in it. This is an author who never fails to entertain.