Psycho by the Sea (A Constable Twitten Mystery) 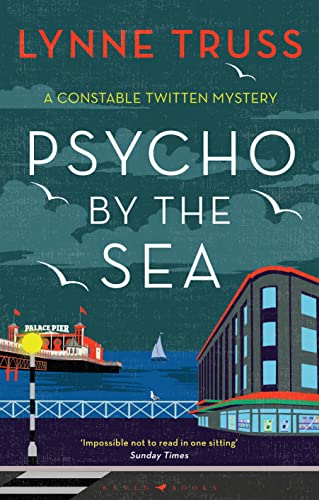 Fans of Lynne Truss may find her newest mystery, Psycho by the Sea, both entertaining and amusing. But not so much for anyone who has not read her work before.

One is hard-pressed to find the character named in the title, Constable Twitten, as a primary character. As a matter of fact, it’s hard to discern who the protagonist is in the story.

Truss has several stories moving around at once with little or no connection to each other. The characters are flat with no dimension to them, and the reader will find it difficult to identify with any one of them.

The settings are visually uninspiring; Truss relies almost entirely on visual description, thereby losing opportunities to enhance a description with the other four senses.

Truss’s writing style is cumbersome, with parenthetical asides on almost every page. Only in a very few instances do these asides relate to the scene, much less to the story. Presumably the asides are meant to throw some humor into the scene, but this falls quite flat because they are mostly distracting. Now, having said that, Truss’s fans might readily accept this as an information sharing technique.