The Promise: A Novel (The Restoration Series) 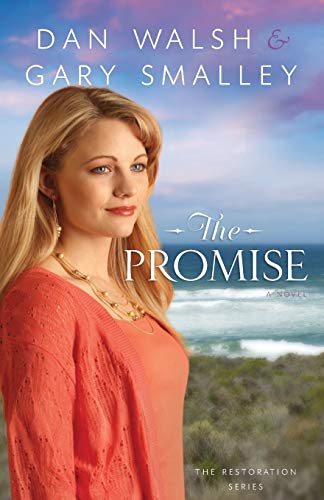 The Promise is the second novel in The Restoration Series. The book features two award-winning authors who team up to create a trilogy of masterful stories that entertain and teach.

The story is a continuation of the first book, The Dance, in which we meet Jim and Marilyn Anderson, a couple whose marriage is headed toward divorce because of communication problems. In The Promise readers continue to follow the now reconciled couple, but also meet the couple’s son Tom and his wife Jean. Tom suffers from the same problem as his father—a tendency to be controlling, along with an inability to share his feelings with anyone, particularly his wife.

Tom’s life begins to spiral downward when he loses his job. He hides this critical event from his wife, thinking he can quickly find another job. The problem is that Tom isn’t able to find a job, yet he leaves his house each day as if he were going to work. He spends his days in coffee shops, searching for jobs on his laptop, and returns home just as he did when he was employed. In the meantime, his secret life affects his demeanor and attitude, and he grows increasingly mean and dismissive.

Exacerbating the situation is Tom’s relationship with his father Jim. The two have never been close, a situation that negatively impacts Tom’s behavior. He fears his father’s disapproval, thus, Tom has no one to turn to. That is, until his uncle Henry, the family’s sometime spiritual advisor, accidentally discovers Tom’s situation.

The Promise is a moving tale, filled with authentic human emotion and believable drama. It delves into problems plaguing many families, illustrating the value of communication and understanding. It also deftly points out the importance of a father’s role. Readers will identify with the young Anderson family as the husband and wife confront financial burdens, control issues, and a lack of communication between each other.

Inasmuch as Dan Walsh is a retired pastor and his co-author Gary Smalley is a family relationship expert, The Promise is a valuable work and possible reference for any couple whose mutual trust and love are in danger of being destroyed.