The Promise Between Us 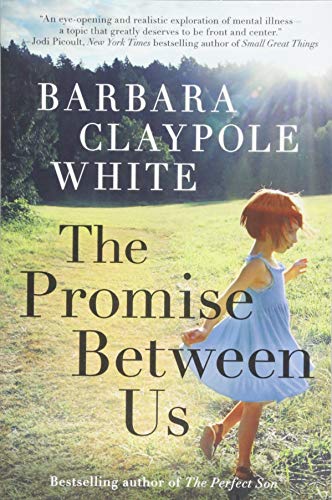 “Many mental and emotional illnesses are unfortunately swept under the rug, so it is refreshing to read a novel integrating down-to-earth, real-life characters who are struggling to make it through a day.”

No one really understands the impact of mental illness unless they live through it. Katelyn MacDonald suffers from obsessive compulsions making her want to harm others by the "voices" she hears in her head. This escalated after giving birth to her daughter, Maisie. She totally loved Maisie and her husband Callum, but her fear of harming her child made her flee her home in Raleigh, North Carolina.

Now, nine years later, Katelyn is an accomplished metal artist going by the moniker Katie Mack. After being mentored by Ben Holt, she lives in Durham, NC, sharing a warehouse studio with Ben and others where they produce their creations.

Quite by chance, Maisie is chosen to be a docent (public guide) at the Contemporary Art Museum where Katie displays her sculptures. Katie is shocked when she meets Maisie and realizes who she is. Even though she forfeited all rights to her, she never stopped loving her or lost interest in her, always wanting to know more about her. At first she connects with Maisie surreptitiously, first explaining her artwork, but with further contact, Katie notices signs Maisie displays that alarm her. She recognizes Maisie bears the same illness as she and understands certain things can trigger her to make situations worse.

Katie's condition is called OCD (obsessive-compulsive disorder) along with depression—a scary mix that can mess with anyone's mind. But Katie's ailment doesn't display the most common symptoms of the illness, which many believe consists of excessive hand washing or being overly neat. Katie's includes thoughts and fears of violence. This is why all those years ago, she believed the best thing to do was to leave to protect her family in case her obsession came to fruition. Though divorced, one proviso was she promised never to contact the girl, but Katie now realizes Maisie needs therapy so her illness does not escalate.

Since she left, Cal raised Maisie alone until his best friend and Maisie's godfather, Jake moved in to help Cal. Now, with Maisie about to attend middle school, she is going through undue anxiety which is exacerbated by change. In addition, Cal is remarried and his wife, Lilah Rose is expecting a baby. These two stressors are coming to a head and could cause a meltdown for Maisie. Katie cannot let this happen.

Jake, learning Katie is back in the area, confronts her insisting she return to Asheville, where she had been for years.

"'Maisie is not your responsibility. She's in a loving home, and Lilah Rose is a good woman. If Maisie has problems, which I'm not saying she does, Callum will deal with them.

"'The same way he dealt with mine? I have obsessive-compulsive disorder. . . .'

"'Do you have any idea how it feels to be tortured by violent thoughts that make you question everything you know about yourself? No? Welcome to my world, Jake. OCD can make you doubt your sexuality, hint you're capable of murdering a person you love, raping a child, or—. . . .'

"'. . . .Left untreated, it's an illness that gets worse and worse. In my case, it was nearly fatal. I've spent the last decade struggling to live with anxiety, and I'm telling you, Maisie is overly anxious. Without treatment, she could end up living nightmares even an actor can't imagine. You want to risk that?'"

Katie's angst increases as Maisie displays signs of this debilitating illness, which are brilliantly detailed in the text. Given the chance to talk to Maisie, Katie reveals she knows what she's going through and she offers her "tricks" to thwart the demon in her head.

What works for Katie is repeating: "A thought is just a thought; it has no power." By using this mantra, and teaching her deep-breathing techniques, she shows Maisie how she can deflect these "voices." But her main concern is to make Cal realize what is happening with their daughter and getting her help.

Many mental and emotional illnesses are unfortunately swept under the rug, so it is refreshing to read a novel integrating down-to-earth, real-life characters who are struggling to make it through a day. It is also heartbreaking to see how a great mother's love is to have her forsake her child to guarantee her life would be better without her, which is true sacrifice and self-sacrifice. This novel is moving as well as educational by offering information that maybe unfamiliar for many, possibly giving hope for those going through this and wondering what is wrong.