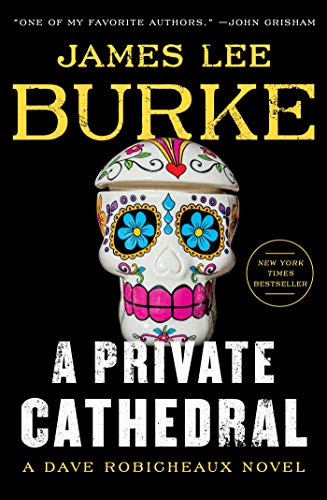 “James Lee Burke may be the only novelist north of the Rio Grande who would dare to combine hardboiled noir with regionalism and magic realism. The result is a wild ride with a lot of potholes, but it’s always entertaining.”

James Lee Burke may be the only novelist north of the Rio Grande who would dare to combine hardboiled noir with regionalism and magic realism. The result is a wild ride with a lot of potholes, but it’s always entertaining.

Killing time before a visit to a prisoner in Huntsville, Dave Robicheaux watches local star Johnny Shondell sing to a crowd of admirers. Johnny’s from one of the major crime families on the Bayou, and he’s helplessly in love with Isolde Balangie, who sometimes sings with him. Unfortunately, the Balangie clan is as high and dirty as the Shondells. Robicheaux learns that Isolde has been given to Johnny’s father as a sex slave to maintain peace between crime families.

Robicheaux confronts the girl’s family, but Adonis, her father, kicks him out of the house, and steamy Penelope evades the issue completely. Robicheaux and Clete Purcel, his long-time buddy, dig deeper, releasing more demons than Pandora’s box, including a sadistic killer who has worked for both families, a resurrected Jewish prostitute with a crippled daughter, a corrupt cop . . . and a killer who has plied his trade since the Spanish Inquisition. Gideon Richetti seeks forgiveness so he can gain his own redemption after centuries of horrific killings.

Robicheaux and Clete take turns confronting the external monsters and their own personal demons. They both try to wean Johnny off the heroin habit he seems to be cultivating, too, and warn Isolde that she’s on a dangerous path. They might as well warn lemmings.

Burke has always written terrific dialogue, and he maintains his reputation here. He also writes lyrical description and deep-rooted character analysis. Those are here, too, but sometimes, he seems to use them as vamps while he figures out where the story is going next. While a substantial amount of time passes during the tale, we’re never certain how much, and because the multiple themes and plot lines intertwine so heavily, the cause-effect relationship is hard to follow.

Richetti, who originally has a snake-like head and no nose, gradually morphs into more human form, but he needs Clete and Robicheaux, both of whom he almost kills during the book, to forgive him. Ironically, Leslie Rosenberg, the prostitute, saves Clete from burning. She and Robicheaux find solace in each other’s agony before book’s end, but they both need to move on in different directions.

One of the visuals that ties the book’s themes together is the ghostly Viking ship out on the waves, apparently captained by Richetti and his crew of ancient mariners. Only the doomed and the damned see it, and that adds to the distance between Robicheaux and Clete and their frenemies.

As usual in Burke’s books, Robicheaux faces his own guilt over killings in Vietnam and his on-again, off-again love affair with alcohol. He also has to deal with his lust for Penelope Balangie, who has a body that every man in the book can’t help noticing and claims that she and Adonis are not really married. Robicheaux is twice-widowed, which makes his loneliness and desire a poignant obstacle as he tries to do the right thing for people who are on a highway to hell.

The book’s denouement is as over-the-top as the helicopter sequence in Apocalypse Now or the destruction of the Nazis in Raiders of the Lost Ark. It’s like sitting in the front row of a concert by The Who. Once your hearing is gone, who cares how much longer the band plays? Burke makes it all work for those willing to go along for the ride, but that may be easier for readers of his earlier works than it would be for newcomers.

Burke’s frequent classical allusions—he refers to the “wine dark sea,” a line from The Iliad--work perfectly here with his otherworldly hitman and monstrously evil gangsters, and the story achieves a satisfying resolution, moral or divine justice where everyone gets what he or she deserves, whether or not the earthbound courts would agree.

We should all be so lucky.