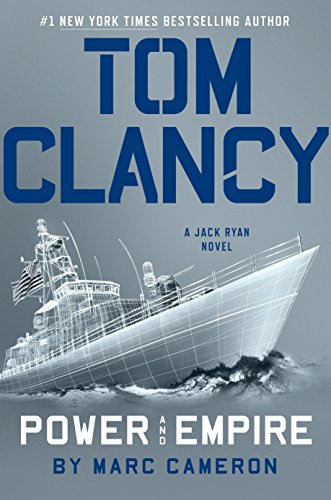 Picking up a long running series as a new author is a severe challenge, especially a series that has run over 30 years. Marc Cameron takes the mantle of Tom Clancy’s epic Jack Ryan series and delivers a solid initial entry.

The recurring and well-known characters from Clancy’s universe return, and Cameron does a particularly good job of capturing the complexity of John Clark, one of the series most beloved and complex heroes. Although there are no unexpected revelations about any characters, for long-running readers of this series there is the comforting continuum of characters and events with previous novels.

However, the plot of this novel, although it pushes forward with the usual page-turning speed of a Clancy novel, does not quite have the intricately meshed subplots of previous Jack Ryan novels. The main plot moves out smartly and the tensions between Jack Ryan and a new generation of Chinese leaders, especially the conspirators of the book, seem all too plausible, but some of the usual subplots found in a Clancy novel seem unattached to the main story and don’t seem to contribute to the overall pace of the conspiracy.

Clancy novels are a master of worldwide intrigue and danger, and although Cameron certainly captures the look and feel of this series, the finely tuned maneuverings of each set of characters and actions do not quite fit with the Swiss-watch precision readers expect from these books.

This leaves the reader trying to determine how all the various machinations and characters will collide in the climactic scene found in every Clancy novel. About three-quarters through the book, the reader is almost left wondering if there will be a direct sequel cliffhanger, but then suddenly the book races toward a conclusion that leaves the reader somewhat bewildered that everything wrapped up so neatly.

As an author’s debut novel in this storied series, this is a solid if not spectacular entry. Taking on such a well-known cast of characters from the originator of the techno-thriller, Cameron has some big shoes to fill and is taking some steady steps to do so.