The Power Couple: A Novel 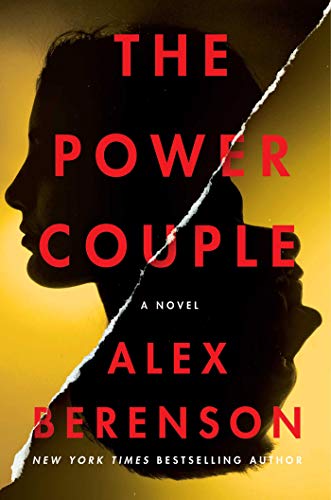 “Fast, thrilling, and full of intrigue, The Power Couple is a story that surprises to the very end.

While synopses of espionage stories often trumpet stolen nuclear secrets, biological warfare, and other “high-stakes” dangers, the best are centered by emotional conflicts between a few main characters. That’s been proven time and again by Alex Berenson, the Edgar Award-winning author of several international thrillers driven by intense human dramas. And never better than in The Power Couple, about marital secrets that come to light following the abduction of Brian and Rebecca Unsworth’s teenage daughter, Kira.

With an intriguing prologue and a short author’s note, Berenson assures readers the story is ultimately going to be about the ways marital love is tested by career ambitions, infidelity and the possibility we don’t really know our spouses as well as we believe. Yet the first few chapters immerse us into subterfuge by Kira, who has a few secrets of her own.

Chief among them is her awareness that her parents aren’t really happy. She’s also a bit more rebellious and sexually evolved than they realize. As a result, she’s confident she can deceive them as she plans a late-night rendezvous with “Jacques,” an attractive graduate student, during a family vacation in Barcelona.

Readers don’t have to think too deeply to realize Jacques probably isn’t really a nice guy, but it’s easy to see why his good looks and European manners are so alluring to a 17-year-old American on her first trip abroad. Berenson ramps up the suspense in the early chapters by writing convincingly of Kira’s determination to be seduced by the mysterious near stranger on her last night before heading back to the U.S., right up to the point where it all goes wrong.

Many fans of today’s most rapid-fire thrillers will be surprised by an informal rule Berenson breaks next. The best books of this kind typically reveal “backstory” a bit at a time, with events and conversations triggering memories and brief exposition about character traits and past events that intensify rather than detour away from the breaking action.

The opposite happens in this book. After the short chapters describing the harrowing events that lead to the teenager’s disappearance, Berenson stops the current story with a section break serving as a clear indication of “now, let’s learn about what made Rebecca the person she is.”

And there is so much of it . . . going way back to the early days of her success in law school and the investigations she led with the FBI. It takes more than 70 pages before Berenson goes back into the current action around Kira’s disappearance. But then there’s another break, with many more pages of backstory about Brian’s career trajectory and his current job as a coder with the National Security Agency.

Surprisingly, this structure works very well. One reason is Berenson’s ability—as an accomplished journalist—to depict the FBI and NSA as fascinating places. Another is his success in showing the visceral connection between Kira’s plight and the marital and career decisions her parents have made.

As a result the story races along with deepening intrigue as Rebecca leverages her contacts and skills to gain more help from different law enforcement agencies in her joint quest with Brian to rescue Kira. And it gets even better when everything we’ve learned about Brian’s compulsions makes it increasingly likely they won’t succeed.

All of this would be more than enough for a satisfying read even without the heart-stopping direction Berenson takes the tale in its final chapters, veering into the darkest corners of Rebecca and Brian’s troubled minds to bring the violence even closer to home. Fast, thrilling, and full of intrigue, The Power Couple is a story that surprises to the very end.