The Possessions: A Novel 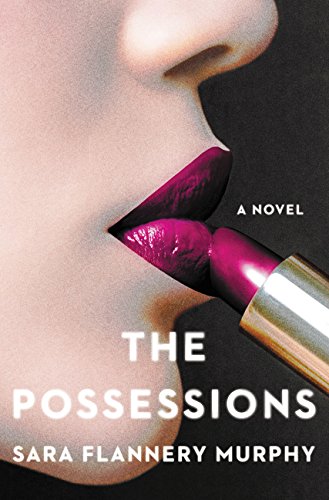 Is it better to leave the dead alone or bring them back into our lives?

This question is one of many pondered in The Possessions, the debut novel from Sara Flannery Murphy. The story unfolds in a nondescript modern day city that could be anywhere in America. We follow events through the perspective of Eurydice, or Edie as we come to know her, a Plain Jane employed by the Elysian Society. She works as a “body,” a person who offers their physical self as a temporary vessel for spirits to inhabit so they can communicate with loved ones they left behind. It’s a spin on the old séance story, and a promising one at that.

After ingesting pills called “Lotuses,” bodies go dormant for a period of time, giving themselves over to the dead who reanimate them in carefully controlled situations. The Elysian Society is a business built on selling their services as a form of compassion to those grieving and Edie is one of their best bodies, working steadily for five years in an environment where most employees quit after only several months on the job.

She has a small precise personal life, dedicates herself to the work, and doesn’t stray outside of being single or stationary. But when new client Patrick Braddock shows up one day looking to reconnect with his departed wife Sylvia, it turns Edie’s world upside down. She finds herself increasingly attracted to him during his visits, and also grows curious about the mysterious circumstances surrounding the “accidental” drowning of Sylvia Braddock.

As Edie and Patrick’s relationship grows, subplots meander in the background. The body of a young Jane Doe has been discovered in an abandoned housing development, putting the city on alert. The Elysian Society and its clients harbor many of their own secrets and ulterior motives. Some of the other bodies are conducting sketchy business on the side, and there are unsettling rumors circulating; angry or violent spiritual encounters, sudden disappearances of workers, and full-scale possessions.

And, of course, Edie is hiding her own dark troubled past, something that is teased throughout the entirety of the novel. As pages wear on plots thicken and mysteries deepen, some satisfying and others less than. The main mystery becomes an unsurprising bait-and-switch type tale toward the end.

The novel’s concept is cool, if you can swallow it. The idea of dead souls temporarily inhabiting the bodies of the living is a good hook. Throw in the forbidden love interest with a client and ostensibly you have a ghost/love story hybrid. It’s supposed to also be suspenseful and chilling, though one detects neither of those things while reading.

For the most part the dialogue is good, Murphy’s strongest suit. There are a lot of musings on death, grief, and how the living cope with loss of life. Some of the characters prove interesting, but unfortunately not the main ones. Edie ends up being a fairly pathetic character; and Patrick equally so at times. Unfortunately, there is much boredom surrounding the two leads and their encounters.

Sara Flannery Murphy’s writing is plagued with problems as well. There is a noticeable overuse of adverbs. The author describes much in the vein of the mundane using exaggerated or sensuous language that hinders the reading experience, rather than improving it. In many spots this junks up the prose to the point where reading becomes grueling, sometimes even grinding to a halt. Murphy likes to show off her vocabulary, and she’s got some real doozies forced into the narrative. In addition, the novel is absolutely rife with similes. In fact, it’s downright relentless. Some of it is even back to back, bordering on exhausting. Here’s one example.

“His concern feels as tender as a bouquet of roses. As romantic a promise as a diamond ring . . .”

The oversaturation of simile in this book is not an overstatement. Turn to any page and you will find three examples on average. Furthermore, some of it doesn’t really work at all, falling flat or contradicting itself. Another example describing a dress the lead character bought:

Two pages later, it has become:

“My shorn dress on the bedroom floor is iridescent green, like the husk an insect leaves behind.”

So much prose proves unnecessary throughout the novel that by the end it is evident the story could have been told much better with far less. Another particular aggravation was Murphy spending over a hundred pages building up to a sex scene that never actually makes it to the page. She opts out, skipping the release of sexual tension that that’s been stoked for numerable chapters and going straight to post-coital conversation. There are a couple opportunities later to remedy this, but the similar exit lanes are taken before anything exciting or reasonably explicit can come to fruition. The same can be said for the suspense. Scenes that should come off creepy or tense are often a letdown, leaving a reader with the sense of being cheated.

There are plenty of positive endorsements for The Possessions on the book cover; take them with a pinch of salt. This novel exemplifies the increasing problem of mediocrity being hailed as magnificence in the publishing industry. One of the great Elmore Leonard’s most important pieces of advice was “If it sounds like writing, I rewrite it.” Sara Flannery Murphy doesn’t appear to consider such pointers with her work. If you happen to think good writing equates endless similes spun with big words overused to the point of saturation, then you might enjoy this offering. Others will think it’s better to leave this book alone . . . like the dead.