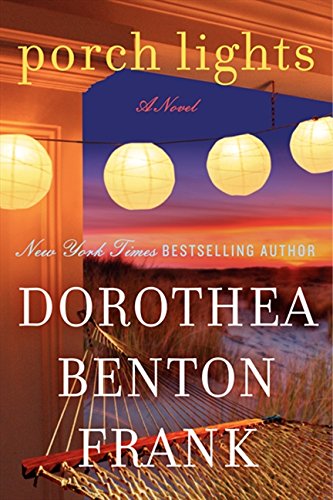 “An engaging read with well-developed characters . . .”

Thirty-five-year-old Jackie McMullen, an Army nurse stationed in Afghanistan receives the call no spouse wants to get. Her husband, Jimmy, a New York City firefighter, has perished in the line of duty. She returns home to Brooklyn to bury her husband and console her ten-year-old son, Charlie.

But who will console Jackie?

Bereft and aimless, she realizes she can no longer continue with her career, and the void left by her beloved husband puts both Jackie and Charlie in a tailspin.

Jackie’s mother suggests Jackie and Charlie come to Jackie’s home on Sullivans Island, South Carolina. Though Jackie and her mom have bumped heads at times, she is worried about Charlie and decides spending the summer on the island would be the best thing for him.

As they arrive to the hot, humid South Carolina low country air, Jackie senses a stirring of “being home,” but she is concerned as to how this visit will play out. She is happy to be back and looks forward to spending time with her father, estranged from Jackie’s mother for eleven years though the two never divorced.
Jackie just wishes her parents would get over their stubbornness and reconcile.

Charlie soon informs his mom he wants to live with his “Glam” as he refers to his grandmother, and he does not want to go back to the city. Meanwhile, Jackie, at odds and restless, decides to work at Charleston’s VA hospital as keeping busy is the best antidote for stress.

Porch Lights is another outstanding read by Ms. Benton Frank. By alternating chapters in the voices of Jackie and Annie, she shares the thoughts, dreams, and emotions of both women, giving a better understanding of mother-to-daughter interaction.

Adding delightful color to the story are facts about writer Edgar Allan Poe, who once resided in the area, and Blackbeard and the pirates that terrorized the waters of the Carolinas.

An engaging read with well-developed characters and a location evocatively described, the reader feels a part of the muggy, briny setting and it heart-warming story.