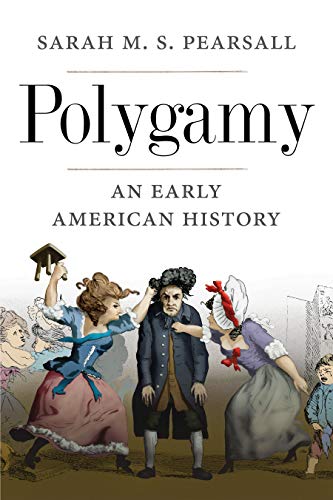 “For those with an interest in American social and cultural history, this is a well-written, insightful, and incisive work that provides much to consider on a longtime controversial issue.”

When it comes to the awareness of Americans regarding multiple spouses, much more often than not multiple wives, most people tend to think of the 19th century policy of Joseph Smith and the Church of Latter Day Saints (Mormons), and its repudiation of same in order to join the Union, regarding this social and cultural issue.

However, that would not be the only case in North America covered in the text of this publication. The largest American group, around which polygamy revolved, was Native Americans who believed that multiple wives not only provided status and rank but also many hands to perform those tasks considered “women’s work” such as providing, preparing and serving food, domestic hospitality to visitors, and child rearing.

Interestingly enough, there is even a chapter on polygamy among African American slaves despite the fact that marriages among them were not legally recognized and could be broken up at the whim of the owner/master.

As far as polygamy was concerned among Native Americans, it came into conflict with the long held Christian belief in monogamy even as the various major colonizers, France, Spain, and Great Britain, tried to convert Native peoples to the precepts of Christianity and not always successfully. The efforts of each colonial administration in their sphere of North American influence are recounted in the text.

Where Spain and France were concerned, it was especially anathema, given the rather extreme orthodoxy of the Roman Catholic Church and its emphasis on monogamy. Yet even Great Britain, with its Protestant Anglican church, was just as emphatic that multiple spouses were a relic of barbarism and heathenism and those perceived heathens should be dissuaded from their current path for the salvation of their souls. Not surprisingly, it was sometimes a tough sell.

The tough sell was made even more difficult, at least in Great Britain, as a result of ongoing debates on the subject by some British subjects who based their support of polygamy on Biblical principles, offering the examples of Abraham and other patriarchs who took multiple spouses.

The debate even came to include women themselves, not normally expected to engage in such public matters in those days and whose views were sometimes presented by a male surrogate as a result. Obviously, some were supportive of the practice and others not so much.

For females, there was always the possibility of being the secondary or inferior wife to the first-wed and treated poorly and, of course, the competition between wives. For males, it appeared to them that the only ones who afford multiple wives were the rich and elites, leaving the poorer sorts out in the cold as unmarried and without the possibility expected domestic bliss and tranquility and of legitimate issue.

Also, for males, it was a golden opportunity, besides the rank and status, to legitimately “discharge” one’s lustful sexual desires as well as to enlarge and confirm and ensure one’s future family line. The downside for wives was that they might come under the sway of a tyrant or abuser who knew full well that he was their sole support and would otherwise have no other recourse inasmuch as divorce laws were usually quite restrictive when it came to ending a union.

Strangely, noted in the book, is the case of one supportive woman who left her husband and apparently unhappy marriage, was sufficiently transfixed by the Mormon’s policy supporting polygamy and made the eventual (and then scandalous for an unaccompanied woman) journey to Utah to be one wife of several to her husband there.

It should be apparent that each side of the polygamy issue had its advantages and disadvantages, so the discussion could be considered as ongoing, although being married to multiple spouses is currently outlawed in this country and any such activity will occur on the sly.

With many relevant illustrations interspersed throughout the text, there is much to enhance context regarding this interesting topic. The footnotes are traditional and the bibliography demonstrates extensive research in university and other public archives and libraries. Indeed, the sources employed are quite impressive, considering the possible illegibility or lack of records and documentation on such a subject from as far back as the 16th century.

For those with an interest in American social and cultural history, this is a well-written, insightful, and incisive work that provides much to consider on a longtime controversial issue.