The Plum Trees: A Novel 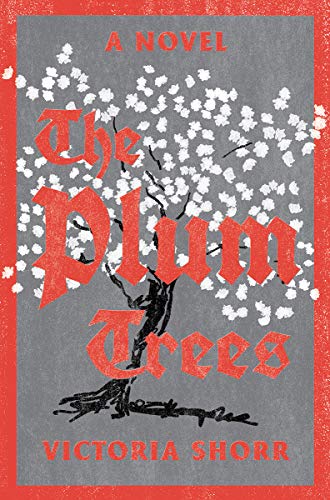 “[a] thought-provoking quest to understand the meaning of evil, guilt, and survival.”

The Plum Trees seems to start out like any novel about the unearthing of a family secret: At her uncle’s funeral in Ohio, a California writer named Consie is handed a long-lost letter revealing that the uncle’s uncle—her Great-Uncle Hermann—may not have died at Auschwitz, as everyone had assumed.

This book is, indeed, a page-turning search for the truth about Hermann. But the real search is Consie‘s thought-provoking quest to understand the meaning of evil, guilt, and survival. Why did so many people allow the evil of Nazism to happen? Why did some victims survive and others die?

“Why should they keep living?” one Auschwitz prisoner demands. “Out of spite? Vengeance? To affirm the ultimate beauty and light of the universe, the goodness of God?”

In pre-war Czechoslovakia, Hermann runs a thriving business that includes “farms, orchards, and a grain dealership.” (The plum trees of the book’s title are his favorite part of that enterprise.)

Even after Nazi Germany takes over and the anti-Jewish laws grow increasingly harsh, Hermann and his wife, Aneta, initially belittle the danger. But as they realize that neither the German people nor the Western democracies are going to restrain Hitler, they escape with their three daughters to the relative safety of Hungary.

That reprieve is upended, however, in March 1944, when Germany invades. Soon afterward, the daughters are hauled off to Auschwitz.

Consie learns all this from a videotape that the eldest daughter, Magda–-who survived the concentration camp’s horrors-–conveniently recorded before she died, about five years before the novel begins.

That recording sends Consie seeking more context. She listens to survivors’ taped testimony at the Shoah Foundation’s archives at the University of Southern California and disputes political philosopher Hannah Arendt’s famous conclusion about the “banality of evil.”

While Holocaust novels are hardly rare in modern literature, the good ones bring their own particular strengths.

For The Plum Trees, one such strength is its portrayal of Hermann’s desperate faith in normality. When the Nazis order all Jews to turn in their bicycles and radios, he hesitates only briefly. “There was still the belief that if they complied with the law, no matter how harsh, how outlandish, if they complied to the letter, sewed on the ridiculous stars, turned in their bicycles, if they did everything right, then they were still somehow inside. Still entitled to the law’s protection,” he assures himself long after he should have faced the truth.

In the chapters set in Auschwitz, author Victoria Shorr powerfully homes in on some of the details that are often overlooked in the big picture, such as the shock of having one’s head shaved, or the diarrhea running down Magda’s legs because of dysentery.

Naturally, the tale of Magda and Hermann, and the details of life under the growing Nazi shadow and then in Auschwitz, are the focal points of The Plum Trees. Still, it’s frustrating that there’s so little about Consie and her world. She is married; her children are grown and living on their own; her husband apparently does some sort of botanical research and is courting Hollywood producers; she has written short stories that haven’t been published; she lives in Southern California. And that’s about all. It would be easier to care about her dual search if she were a more fully fledged character.

In fact, Consie’s story may be the most poignant part of this book, because she starts her quest too late. The key witnesses are either dead (Magda) or unable to communicate because of a stroke (Klara, one of the two young cousins who told Consie’s uncle that Hermann had escaped from Auschwitz).

In the real world, too, more and more such eyewitnesses slip away every day. That makes books like this one ever more important.