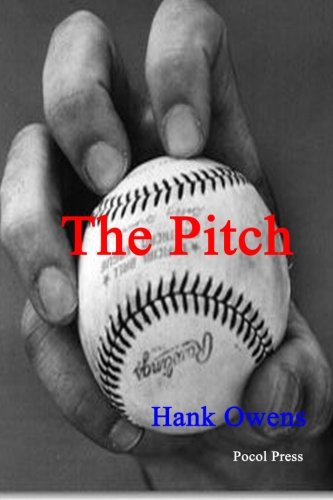 This story, written in the voice of the manager of a minor-league team, sounds authentic because it opens by presenting events that could really happen, and describes characters that might have lived.

Early in the story, however, an unlikely pitcher in his forties appears and demonstrates an amazing knuckleball, one that is simply unhittable, so immediately the reader assumes that the story is moving toward fantasy, like Double-Curve Dan, about a magic pitch, a boys’ story that enthralled young readers in 1888, or The Natural, an adult fantasy made into a movie nearly a century later. But no: Rube Tyler, the astounding star of The Pitch, is a completely realistic pitcher in a story that sounds real.

Manager Orval Sheckard hardly knows what to make of the overage, overweight factory worker with the knuckler that’s little short of miraculous who suddenly shows up in his park, but Orval accepts Rube Tyler on his team because he is in such dire need of help. Hitters are seldom able to connect with Rube’s pitch because it moves around in unexpected ways, so the unlikely pitcher is almost immediately successful. Unfortunately, Rube has no other baseball skills and becomes sick with fright when he must go up before another pitcher.

Rube’s success with his marvelous pitch soon attracts the attention of the league commissioner, and the pitcher quickly finds himself on a team of higher rank. Gradually, his fame spreads, and he is drafted up to the major-league team in the chain, the Chicago Cubs.

At the same time, Rube’s health gradually declines; and he eventually becomes very sick. The reason for his illness, as well as for his miraculous pitching ability, remains unclear until Rube is literally on his last legs. The shrewd and poignant moral of the story surfaces near the end: Perhaps some dreams are better off left unrealized because they cost too much.

The style of writing in The Pitch is based upon the style of speech of the narrator, Orval Sheckard, the foul-mouthed manager of the minor club, whose manner of complaining about his life, his work, and his players goes way over the top. To present Orval’s narration, the author uses irritatingly frequent italics and ALLCAPS, many of them in full-page paragraphs. Worse, hardly a sentence goes by without the gratuitous inclusion of the lowest and worst vulgarities and curse words—often multiple times within the sentence. The result is that these offensive words become ineffectual because of their overuse, and they obtrude on the story.

Once in while, the expressions become creative instead of vulgar, as in the expression “Sweet Mary Mother on a moped.” Mostly, however, cursing and vulgarity clutter up the prose, detract from it, and become irritating literary inelegance. Readers’ tolerance for the inclusion of disgusting terms varies, but this book might be too heavy with them for many who like a good baseball tale. The story would have been improved by more of the occasional admirable phrase, such as when a character gives others a warning look: “he gives us the hairy eyeball.” Now, that’s writing, and it doesn’t require an f-word for emphasis.

The Pitch is a quick read, and the story reflects the difficulties and joys of playing and managing in a minor-league town. Those who can close one eye to the frequent jolts of irritation caused by grating words will probably enjoy it.