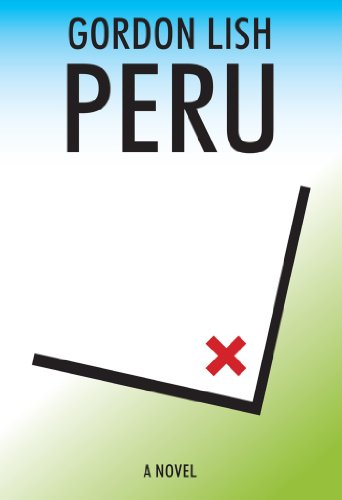 Peru by Gordon Lish is a strange novel.

Mr. Lish, a renowned innovator in contemporary literary fiction, weaves together a story about murdering his childhood rival in a sandbox when he was six years old. To put it another way, in the style of a Hollywood pitch, imagine a Dexter Morgan book written by Gertrude Stein.

Set in 1940, we learn about the character Gordon Lish and his childhood obsessions, fears, and hobbies. (As in Marcel Proust's epic In Search of Lost Time or J. G. Ballard's Crash, the reader becomes aware of the conceit that the narrator has the same name as the author, but is not actually the author.)

Mr. Lish takes the Jewish-American coming-of-age tale (a good example of this is Woody Allen's Radio Days) and turns it on its head.

The setting is 1940 in Woodmere, New York, and the six-year-old Gordon is playing in the sandbox at the home of his wealthy friend Andy Lieblich. Also in the sandbox is the harelipped Steven Adinoff. (The novel is dedicated “to Steven Michael Adinoff, B. 1934, D. 1940.”)

While playing in the sandbox, each boy is given a tool. Steven gets a rake, Andy gets a shovel, and Gordon gets a hoe. Gordon uses that hoe to smash in Steven's head, hitting it again and again and again.

Unlike a murder mystery or thriller, the reader is thrown right into the action. Gordon narrating how he smashed in Steven's head and the squishy sound it made. What is so singularly bizarre about this telling is its style.

Mr. Lish writes the novel in an almost abstracted fashion, dwelling on words, repeating scenes, and going off on unpredictable tangents. This is a novel as challenging as How It Is by Samuel Beckett, another avant garde experiment in first person narration. Like How It Is, Peru has a glacial plot and is framed more by Gordon's childhood obsessions than any linear plot.

When reading, a bored reverie sets in, like watching an Andy Warhol film. But the boredom is a positive aspect when tackling a novel of this sort. Not plot-driven, but more character-driven, the novel exists in the head of a murderous child, one moment stretched out for an eternity, the smashed face of Steven Adinoff acting as Mr. Lish's Madeleine cake.

The Peru of the title refers to events occurring on Gordon's television when Gordon was an adult. Now married and packing up belongings for his son's trip to summer camp, Gordon calls the TV station and asks them about the events being broadcast. From the allusive and elliptical descriptions in the book, there are men on a roof shooting and men holding knives up to other men.

It is vaguely reminiscent of the Attica prison riots of 1971, but Mr. Lish excises any proper names or years for the event. The reader is left to make his or her own assumptions. Unlike other novelists who give readers breadcrumbs to follow and puzzles with easy clues, Mr. Lish creates an abstract tale with few clues.

Why did he kill Steven Adinoff? Did he even kill him? The reader never knows for sure.

Once the novel approaches some kind of revelation or resolution, it doubles back to another round of obsessive observations. Mr. Lish has written a novel about childhood that presents a bloody event set in amber, a murder frozen in time, and stripped of plot and coherence.

Peru is the obsessions of a child plus the obsessive memories of the adult remembering these childhood memories. With a dry abstracted tone and a repetitiveness that borders on madness, Peru not only overturns the notion of nostalgia for childhood but also overturns the very foundations of the novel itself.