The Perfume Collector: A Novel 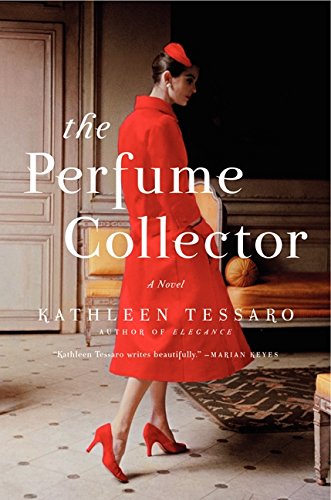 Kathleen Tessaro’s new work of historical fiction, The Perfume Collector, has the unmistakable fragrances of perseverance and transformation.

The reader is transported to New York and Monte Carlo in the 1920s, and to Paris and London. Grace Munroe and Eva d’Orsey are completely different women caught in the society of their times.

As the novel progresses, the gap between these two women closes substantially.
Eva, unlike Grace, “’knew how to catch the flavour of the times, how to distil it into the perfect atmosphere. She was good at it’.”

Grace Munroe does not want to live up to the social expectations that come with being married to a successful and ambitious businessman in the mid-20th century. Her assimilation into debutante life is inevitable and necessary according to her closest friend Mallory, but Grace isn’t buying into it.

In London, Grace is living a lie. Her journey to Paris begins when a misplaced cigarette lighter leads her to a personal and painful discovery about her husband. At the same time, Grace learns that a complete stranger from Paris has willed her a substantial fortune. This generous stranger, Eva d’Orsey, has a power over Grace’s curiosity that changes everything. The reader sees Grace’s transformation before she sees it, through the eyes of other characters in the novel:

“Then, taking a deep breath, Paulette placed a hand on Grace’s shoulder. ‘Vous ne savez pas qui vous êtes.’
‘Pardon?’
Paulette tried again. ‘Vous êtes belle.’ Her tone was firm.
It took Grace a moment to realize it wasn’t a compliment, but a reproach.
‘Comprenez-vous?’ Paulette eyed her sternly.
Grace nodded, afraid to argue . . . she reached for her French phrasebook, trying to remember exactly what Paulette had said . . . She collapsed backwards into the soft pillows and closed her eyes.
You don’t know who you are.”

This novel is artfully written, with chapters that eloquently show the reader the perspectives of two women living in different times and places, slowly revealing the timeless power of perseverance.