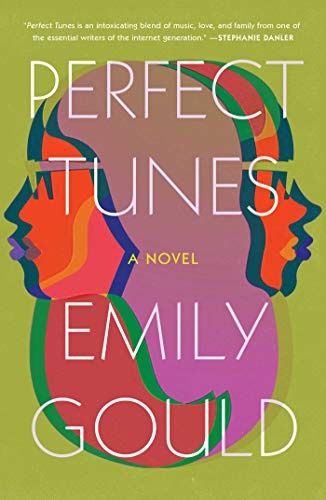 “it’s the perennial conflict between motherhood and career, but not the way most readers might expect.”

Maybe the 50th anniversary of the Woodstock music festival last summer shot some sort of musical inspiration into writers’ laptops. At any rate, within the past eight months two novels have come out about freshmen rock bands in New York City around the time of September 11, both involving an unexpected pregnancy and the surprise death of a talented young musician.

The newer entry, Perfect Tunes, by former Gawker editor Emily Gould, has narrower ambitions and in many ways is more successful.

The main character, Laura, an aspiring songwriter, arrives in New York from Columbus, Ohio, at age 22 vaguely hoping that the denizens of her new hometown “would ‘get’ what she was trying to do with her music, although she had to admit that she didn’t always ‘get’ it herself.”

Through her longtime friend Callie, Laura meets the up-and-coming band the Clips and, most important, their charismatic guitarist, Dylan. Gould bravely spares no senses in describing Dylan, including his “long, pale stringy hair” and the way he “smelled objectively bad, because he was unshowered and sweaty and had alcohol oozing from his pores.”

Just as Laura and Callie are offered a singing spot on the Clips’ current tour, Laura discovers that she’s pregnant. She abandons her music career—until she tries to return to it.

When Callie pleads with her to write some songs for the Clips and join the East Coast stretch of their next tour, Laura drops her three-year-old daughter, Marie, with Marie’s best friend from day care and that little girl’s single dad, Matt, and heads to Philadelphia on the discount Chinatown bus.

Yes, it’s the perennial conflict between motherhood and career, but not the way most readers might expect:

“She wanted to pine for the weight of Marie’s little body automatically cuddling into hers as they watched TV or read stories, but she couldn’t quite summon it. It had taken only twenty-four hours to forget.”

At age 38, Gould has built a career that can’t be easily pigeonholed, a combination of millennial lit and social controversy, plus plaudits for her semi-autobiographical debut novel, Friendship.

Perfect Tunes, too, doesn’t fit the clichés. It’s an easy read that constantly takes unexpected detours. To Gould’s credit, she doesn’t tie up all the loose ends.

Many of the characters are painted in a wonderfully subtle palette, including Laura, the teenage Marie, Matt, and Dylan’s mother. The glaring exception is Callie, the stereotypical alpha girl.

The book could also have done without so many “in” references to Brooklyn street names and subway stops. And come on, Gould: Give us the “perfect song” that Laura wrote when she was 16! We all need some perfect tunes in our lives.