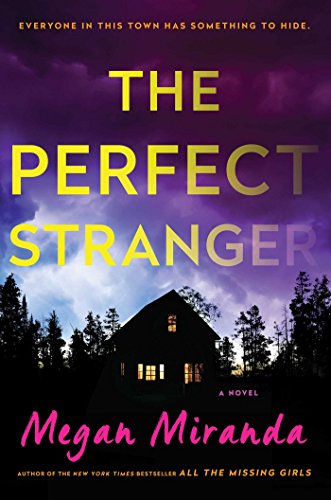 Leah Stevens is worried about her friend Paige, for she determines her boyfriend Aaron, is evil. A professor at a nearby college where several young girls have died, she feels he's somehow involved in their demise. After Aaron drugs Leah, she warns Paige about his devious ways, though to no avail.

She explains her fright: "he'd mixed us all drinks before they left. And something happened to me. I'd sat on the pulled-out couch, watching television, and my head had gone woozy and my stomach sick, and I'd put down the cup, noticed a blue debris in the bottom, mixed in. Like pulp but grainy . . .

"How I'd run to the bathroom, feeling something desperately wrong but not sure what it was. How I had opened the medicine cabinet, looking for something for my stomach or my head, unsure which—when I'd see the vial in his name . . ."

A journalist for a Boston newspaper, Leah pens an article about the suspicious student deaths, insinuating, but not naming Aaron, as being responsible. After the story breaks, Aaron hangs himself, and Paige takes out a restraining order against Leah for harassment. With her career blowing up, Leah is asked to resign.

All she hopes is find a quiet place to start over. As she prepares to leave Boston, Leah reconnects with Emmy Grey, someone she shared an apartment with eight years ago. She's allegedly finished her stint with the Peace Corps and is dealing with a nasty breakup, so she too wants to leave the area. Emmy recommends a rural western Pennsylvania town where, luckily, Leah is offered a teaching position. Without possessing a checking account, Leah signs the lease on a ranch with Emmy promising to pay her share in cash.

Before the semester begins, Leah shares a drink with Davis Cobb, the school's coach. He shows an interest in her, but she rebukes his advances because he is married. Then Leah receives emails and hang-up phone calls from him that disturb her at all hours, and one night Cobb comes to her house, drunk.

On the way to work, caught in traffic due to an accident, Leah learns a young woman has been severely beaten and dumped near the lake. Governed by her reporting instincts she runs to the scene, but cannot get information. Later she discovers the victim bears a striking resemblance to her. Fearful Cobb mistook this woman for her; she notifies the police of his behavior.

Because of conflicting work schedules, the women hardly see each other, yet after several days Leah concludes her friend has not been home. She believes Emmy is staying with James, a guy she is dating, though there's no way to contact her for she doesn't have a cell phone. Believing she is a night clerk in a motel, Leah checks out the local ones to no avail then decides to inform the authorities of her absence.

Leah peruses Emmy's possessions for clues but finds nothing. There are no personal papers, receipts, phone numbers of family members, or anything even to prove she exists. Investigator Kyle Donovan, who befriends Leah, also turns up nothing.

Confusion sets in for Leah: "Detective Donovan wanted to know the facts, the type of things we report in the paper. But these weren't the right questions for me and Emmy. I didn't know where she was from, the names of her parents, her blood type or the place of last residence."

When James is found dead in the car Emmy had been using, Leah becomes a suspect. Is Emmy playing her? Is her past coming back to haunt her? If so, why? Also, does her Boston situation connected to what is currently happening?

Listed as contemporary woman's fiction, The Perfect Stranger is better classified as a psychological thriller. The distinct and well-defined characters add to the suspense, complete with twists and turns, and will make the reader wonder: Do we really know those we are close to?