The Perfect Girl: A Novel 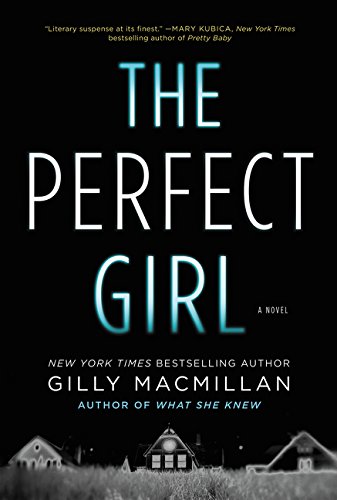 Avid thriller readers are experiencing the whirlwind of a trend toward releases featuring women who are “unreliable narrators.” That trend makes sense from a publishing point of view given the success of Gone, Girl and The Girl on the Train and The Good Girl (the best of the bunch). It would make a lot better sense, however, if the industry’s decision-makers focused more on the quality of individual works than the rush to fill the shelves with as many of these books as possible.

Gilly Macmillan’s The Perfect Girl is the best evidence of this. It’s the second book by the enormously talented author of What She Knew, which earned rave reviews and was nominated for an Edgar Award.

Its lead character is Zoe Maisey, a 17-year-old music prodigy who has been released from juvenile lockup for her role in a car accident that killed three classmates. In the atmospherically suspenseful first chapter, narrated by Zoe, readers feel her nervous anticipation in the moments leading up to her first concert following her release. At the end of that short, perfectly written chapter, we learn her mother has but a few hours to live.

From there, the stage gets crowded by several more players. These include Sam, the lawyer who defended Zoe after the accident; Zoe’s aunt Tessa (the sister of her mother, Maria), who’s having an affair with Sam; Richard, Tessa’s alcoholic husband; and Lucas, Zoe’s stepbrother, who’s also a gifted musician.

All of these characters are interesting people, and all have secrets and perspectives on the accident and Zoe’s attempts to recover from it through her “Second Chance Life.” Macmillan gives all of them ample time and attention and reveals the working of their minds with richly detailed scenes.

This might appeal to readers who enjoy a languid pace, but it will frustrate those who want a swift, gripping read. Some of the problem can be attributed to the book’s structure. In the best stories told through multiple first-person narrators, the intrigue builds as different characters offer different perspectives that give readers a wonderful “nothing is as it seems” sensation. Unfortunately some readers will feel a sense of inertia due to the density of the narrative and deep dives into the psyches of every character.

They may also feel a disconnect between the back cover synopsis and the way the drama plays out. While most of the events take place within a span of 24 hours, the book reads as if it’s a narrative for an entire year of a television series, or a Big Movie with several big name actors—all of whom demand ample screen time. In this case, readers will know Zoe’s the one who’s going to be up for Best Actress, but many may often feel distracted by, and mired in, the mental meanderings of the other players.

Others who favor a different kind of book may feel differently about this one. This story could in fact have a lot of appeal for readers in search of a contemporary family drama interweaving sexual affairs, criminal pasts, addictions, and teen angst—all wrapped around a tragic accident and subsequent murder.

Those looking for genuine thrills might be disappointed as they drift through more than 400 pages of thoughtful prose in order to find out how it all happened. They may also feel as if they’re being offered a product hastily packaged to meet the industry’s perception of what the public demands.

Even so, they will likely acknowledge the talent behind the work and be open to future books that transcend the trend and stay true to the compelling storytelling that made Macmillan a star.