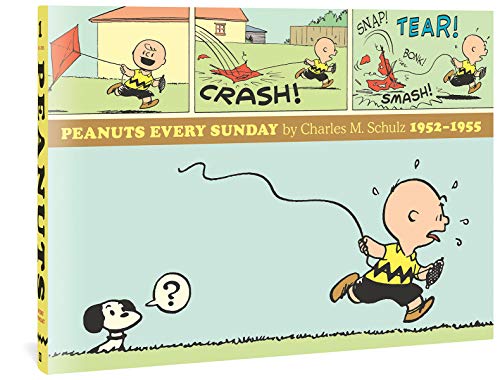 “Charles Schulz is a rarity: a genius who actually was one.”

Loved by hundreds of millions around the world, Peanuts was really a very deceptive newspaper comic strip. Drawing with the simplest of lines, Charles Schulz worked in an uncomplicated and uncrowded style that attracted both children and adults.

But behind the strip’s beauty there were some tough little kids as well as some very astute observations about the unfair world that they lived in. This paradox, the beauty that surrounds us all on the surface vs. the cruelty that often goes unsaid or even unseen, is one of the reasons that Peanuts became so beloved.

Other popular newspaper strips of the early fifties pointed at a single note. Blondie was a sitcom about marriage. Li’l Abner (social satire aside), was about dumb people. We laughed at them, seldom with them. Dick Tracy was a cop. Little Orphan Annie was a young girl who traveled the world. The characters interacted with others, but always within the parameters of the situation.

Peanuts was about all of us.

Sure, the characters were small, really close to the sidewalks they played on, small and barely taller than a doghouse. But make no mistake about it, they were us. Almost all of our failings, foibles, and occasional success as people can eventually be found in a Peanuts strip.

Nowhere is this more evident than in Peanuts Every Sunday: 1952–1955. Before Charles Schulz hit his stride in the early sixties, before Charlie Brown, Linus, Lucy, and Snoopy were household names, they were, like Mr. Schulz, growing into their roles.

The Peanuts daily debuted in October 1950. Fifteen months later they moved into a Sunday page. By this time Mr. Schulz had a good idea of who they were and what the strip was. But the dimensions of the Sunday page gave him a wider and more developed canvas to work on. Freed from the relative restraints imposed by four panels a day, the Peanuts we know today began to emerge.

Watching this development over the course of the roughly two hundred plus strips in the anthology is fascinating. In the very first Sunday page Charlie Brown is playing tag with Patty, Violet, Shermy and Snoopy. When Snoopy takes out the seat of his pants Charlie Brown faces down the dog with fists clenched and gritted teeth. For Charlie Brown this is a remarkably violent display of anger.

The last panel of that strip shows us how incredibly skilled Mr. Schulz was as an artist. Snoopy, still a mere wisp of a puppy, sits there with a portion of Charlie Brown’s pants hanging from his teeth.

The look on his face says “Why are you mad? I have no idea why you are mad.” Even though Patty verbalizes that thought for us, with a single, dark circle and a line for an eyebrow Mr. Schulz gives us the complete message.

The early Charlie Brown was as combative as the later Charlie Brown was passive. When he grows tired of hearing the girls brag about how good they are at jump rope he lets them know that there is someone who is better than the two of them. The girls just laugh and say that poor Charlie Brown has lost his mind.

Over the course of the full color Sunday pages collected in this volume, this part of Charlie Brown slips further and further away. By May 22, 1955 we have the modern Charlie Brown.

Standing in a cluttered outfield he demands that someone hit him the ball. Seeing a ball coming toward him he races across bricks, barbed wire, down an alley, across rubble, and through a fence until he is finally anchored under the ball.

With a smile he opens up his mitt to catch the ball only to have it bounce in and then out. Saying nothing, he can only look at the ball on the ground. Somehow life has handed him defeat a mere second away from victory.

While Snoopy is usually there in the title panel, Charlie Brown wasn’t always the central character in these early days. The second Sunday finds brown-haired Shermy as the focus, and the third puts Patty in the spotlight. This pattern continued for quite a few months.

As Mr. Schulz spent more time on the strip some of these characters would fade away. But as they did, Mr. Schulz was still shaping the cast we know today.

The March 30, 1952 Sunday page finds a wide-eyed and very tiny Lucy making her debut. Charlie Brown wants to play some records for her. She requests “Twengle, twengle little car” and then a drink of water. Next she begins to eat the records as she would a sandwich.

Seeing this Charlie Brown begins to cry. Lucy, thinking that he is hungry, offers him a bite. This is a much different and much kinder little girl than the one who would spend the next 50 years pulling a football out from under the kicker.

By December 25, 1955, the final page in this collection, the characters are all taller and their heads have generally come to show the roundness that would become a hallmark of the strip. But Charlie Brown is still Charlie Brown.

Realizing that Snoopy won’t get a Christmas present, he is taking up a collection to buy him one. Patty and Violet patronize him and even contribute a nickel each. But as he is walking away they can only say “Boy, what a dope that Charlie Brown is!”

Charles Schulz is a rarity: a genius who actually was one. No one has ever been able to capture the discomfort of modern life in a more simple and direct fashion than he could. This is a beautiful collection of the greatest that a comic strip can be.