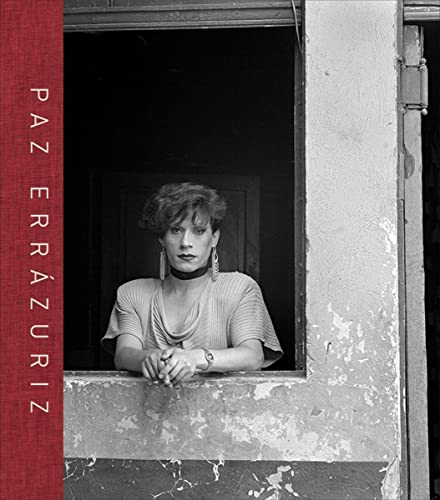 Often risking her own safety, Chilean photographer Paz Errázuriz chronicled the lives of her fellow Chileans who were oppressed, confined, and otherwise cast out citizens during the brutal military dictatorship of Auguste Pinochet in the 70s.

Her photo documentation of that era is the focus of a stunning 40-year retrospective of her work. The book is supplemented with essays by art scholars Juan Vicente Aliaga, Gerardo Mosquera, and Paulina Vara, who write about the photographer’s courageous life and her artistry vis à vis its cultural, historical, and political importance.

Errázuriz was a self-taught photographer, and her first images were of her children and home in Santiago. But soon her subjects became the people of her country and the conditions in which they were forced to live under Pinochet. Her photography became part of a larger mission to document the lives of those who, as she put it “stand outside and have always been subordinated to power.”

She traveled to Chile's central valley, Patagonia, and Valparaíso, and established lasting relationships with her subjects. She photographed in underground brothels, shelters, psychiatric wards, boxing camps, and even traveled with a dilapidated circus caravan for month. She journeyed to locales where women were routinely barred.

Errázuriz defiantly arranged private exhibitions of her shows, and Pinochet’s military police either looked the other way or were clueless as to any part she played in the resistance movement or of her j’accuse in documenting the government’s atrocities against Chileans.

She had to be under the radar in her own country, but she was scouted by international curators and had exhibitions in Spain and Germany, as well as being awarded a Guggenheim fellowship. As important as the work was socially, Errázuriz’s artistry was being noted as well for its distinctive composition, perspective, and her intimate journalistic style.

The photographer took great care not to exploit or dehumanize in her portraiture. “Displaying an unworthy image is a form of betrayal. Taking a photo is an atrocious, highly aggressive act, anyone who allows him/herself to be photographed is similarly engaging in a brave act.”

She repeatedly visited a mental institution for her series “Heart Attack of the Soul,” with portraits of the survival of the inmates, many of whom are shown in “extremely precarious and decrepit facilities and the sheer destitution of this environment.” Aliaga reports in his essay “Inside/Out” that Errazuriz also fixes her lens on the bonds that existed between the institutionalized patients.

Her subjects also include indigenous people of the Chilean coastal tribes in her studies of “The Disappearance of an Ethnicity.” In her photo study “Seclusion; Struggle and Resistance; Sex, Instrument of Survival” she focuses on two transgender sons and their mother. When the photo essay was exhibited after the Chilean liberation, it revealed this hidden world.

There is also a series of nudes of mostly elder people that reveal the photographer’s humanist aesthetic, giving voice to the inviolate dignity of an individual’s body, heart, and mind despite circumstances, appearances, or the edicts of fascist regimes.

The dignity of the human body is the focus of this series, with no prurience or exploitation. In these images Errázuriz challenges the way we view the human body and redresseses vapid concepts of what true beauty is.

This stirring retrospective of color and B&W photographs are impeccably transferred in Paz Errázuriz: Survey, a handsome volume published by Aperture.