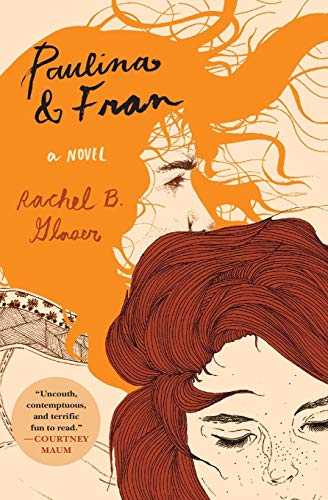 There are novels that force a reviewer to remember: It’s a big wide world and everyone has different tastes. Not every reader likes the same books I do. Fair enough.

Thus, it can safely be said that Paulina & Fran by Rachel B. Glaser is a good read for anyone who is fascinated by self-centered, pretentious, twenty-something art majors who shoplift from vintage clothing stores, imbibe a variety of drugs, occasionally do their classwork, and constantly have sex in a range of permutations, sometimes with the same partner more than once.

Similarly, this could be a worthwhile guidebook for parents whose offspring are heading to college.

The novel has enough of a plot to keep a reader going if the reader makes it to approximately page 80 (out of 256). The title characters, two students at a small art school—apparently in New England or upstate New York—are briefly BFFs, largely because they are enamored of their own and each other’s curly hair. Also, Fran, like most of her compatriots, considers Paulina “someone truly original, someone who existed only once.”

However, Paulina dumps Fran because Fran starts dating Julian, the boyfriend Paulina had just dumped. (In case the reader didn’t get the point, Glaser helpfully writes, “That Fran could find happiness with Julian was excruciating to Paulina.”) Their friends also reject Paulina, understandably. But then they invite her back into their crowd. Or maybe not.

The stoned would-be artists somehow manage to graduate from their laid-back college. Some of them find jobs. Will Paulina become a homeless bag lady wandering the streets of New York City? Will Fran?

Glaser—who herself attended an art school (the Rhode Island School of Design) and who has published a poetry collection and a short story collection—spins some smart turns of phrase, as the characters speak primarily in putdowns of everyone else. Paulina dismisses one band as “allergic to melody.” When they graduate, Fran says that her schoolmates, “like trash in the water, floated off to lousy jobs in obscure towns and heartless cities.”

As well, the characters can be refreshingly honest about painful feelings like jealousy or their terror of failing. After breaking up with Julian, Paulina thinks, “She didn’t want Sadie [a friend] to have a boyfriend because she didn’t want to have to listen to her talk about him.”

In such rare instances, Paulina & Fran reaches beyond its audience. And the final paragraph contains startling hints that Glaser may be capable of much better work-–perhaps a carefully understated, emotionally stabbing novel about complex human beings that even this reviewer would enjoy.