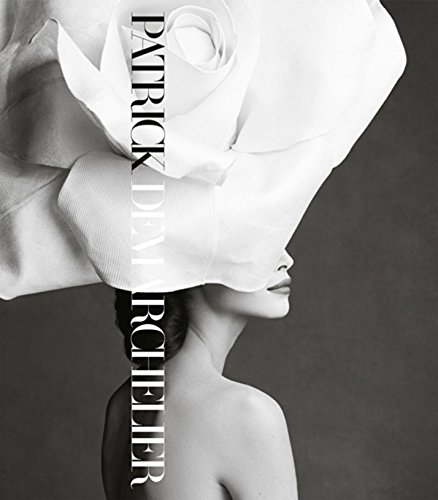 “a force to be reckoned with among its genre.”

It would be extremely difficult to find anyone that is involved with fashion, photography, or media who doesn’t know the name Patrick Demarchelier. He is unquestionably one of the masters of image whose career has now spanned 40 years.

Patrick Demarchelier is an epic volume, in size and content, which serves as a catalog, a visual diary, a chronicle, and treasury of some of the most identifiable images from the 20th and 21st centuries taken by Demarchelier. Not only is the book filled with superb and memorable images, but there is also practically no text to encounter while viewing this mini museum disguised as a book. There are few who can compare their body of work to this artist.

Demarchelier’s subjects range from the uber recognizable and famous to the totally unknown—and all are rendered in a most realistic fashion. Some of the photos are “altered” by means of retouching or Photoshop but at least the subjects retain their identity, and the reader will not be shocked to learn the identity of said subject.

While perusing or studying this visual feast, the reader might realize that there isn’t a prestige brand, publication, or client that this man hasn’t either worked with or been employed by. His impressive resume of “colleagues” exceeds any wish list of any creative person who works within the worlds of fashion and media. His body of work is a legacy to all who appreciate that split second in time captured on film.

Wintour’s introduction, while laudatory, is a bit fawning and somewhat not true, but most readers will either skip her spiel or believe every word she wrote as the words came from her supposedly unimpeachable being. Some notable or complimentary quote might have served better than the full length introduction. While the Demarchelier name might be instantly recognizable, not every reader will know his history. Since there is such an extreme scarcity of text, one would think that there should have been a short biography of the artist rather than what was provided by Wintour.

The bottom line is that Patrick Demarchelier is a photographic testament to one of our greats. The tome is a force to be reckoned with among its genre.