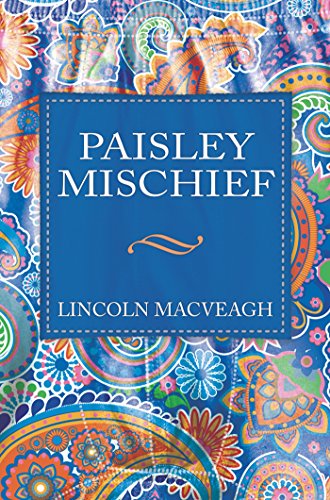 “Paisley Mischief is too cliche to be a great novel, but it is written with enough wit to make it a fun novel. It also establishes Lincoln MacVeagh as a talented comedic writer to be watched.”

In the latter years of Seinfeld, viewers were introduced to a character named Mr. Pitt. Fussy and divorced from the real world, Mr. Pitt was one of the great show’s least-inspired creations, a caricature deployed for lazy laughs. Indeed, even as modern-day political correctness makes stereotyping taboo, we continue to yuck it up at the expense of Old Money.

Lincoln MacVeagh’s debut novel Paisley Mischief is the latest attempt to lance the once-revered American WASP. MacVeagh builds his plot around Manhattan’s venerable Avenue Club, through which he builds his ensemble cast of petty, bored, indolent, and smarmy characters. They are united by two common interests: 1) denying or gaining admissions into the Avenue Club and 2) turning small grievances into long-term grudges.

But if the characters of Paisley Mischief are shopworn, the talent with which MacVeagh delivers them largely redeems the book. MacVeagh works competently within the confines of his quarrelsome, stereotypical characters. Guberstein stews because he cannot fire his subordinate, Cecil. That’s because he’s previously fired Cecil. So he decides: “I’ll unfire him just long enough to rip his head off, and then I’ll fire him again.” Yes, we’ve heard sentiments like this before; but MacVeagh is particularly dead-on in his delivery of New York dialog.

MacVeagh has a knack for humorous vignettes: Puff and his spiteful neighbor, Dick, have been ticking off each other for years. Their cold war started years ago over some small affront on their adjoining North Shore estates. The cold war became hot when Dick erected a “spite pole” on the corner of his estate, and flew a giant American flag from it. Dick is not particularly patriotic, but the giant flag on the spite pole perfectly obstructs Puff’s water view.

Paisley Mischief is saved by clever moments like these, and equally good one-liners. MacVeagh explains Manhattan real estate economics this way: “It takes a lot of money to build a sky-scraper; it takes even more money to resist building one.” Trixie, a vain, aging, beauty, lives by the following sentence: “Take care of your skin, and your bills will take care of themselves.”

Paisley Mischief has “retro” sensibilities. MacVeagh seems to borrow from Marx Brothers and James Thurber comedies about snooty rich people. MacVeagh also appears to borrow from the spate of 1970-80s comedy movies about rich people who do funny things out of boredom: Arthur, Caddyshack, Trading Places, etc. In so doing, he taps into the base desire of “regular” Americans to skewer the people who have everything we want: wealth, connections, and leisure time.

Paisley Mischief is too cliche to be a great novel, but it is written with enough wit to make it a fun novel. It also establishes Lincoln MacVeagh as a talented comedic writer to be watched.