Out of the Shadows: Reimagining Gay Men's Lives 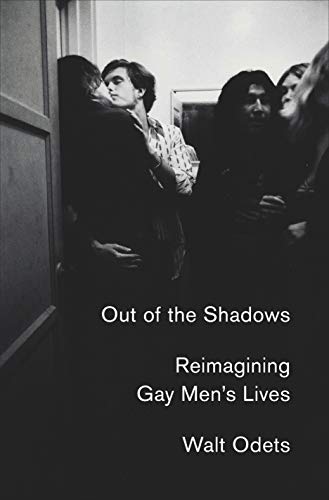 At the end of veteran psychotherapist Walt Odets’ Out of the Shadows, he offers a long chapter on his relationship with “Matthias,” whom he met and fell in love with in college and who remained a friend and lover until Matthias’s death at the age of 67. Matthias came from a family that never understood him or offered him love. He had the bravery to leave home at age 16 and start a new life. Matthias’s life is one of finding one’s own loving family outside of biological ties. Eventually that family includes four people: himself, his lover Hank, Walt Odets, and his partner Robb. This “ménage a quatre,” as Odets calls it, was deeply loving—a family.

Matthias’s story begins in the 1960s, before gay liberation, the AIDS epidemic, or the current era in which same-sex marriage is legal and many gay men have comfortably assimilated into urban and suburban communities. Odets, now in his seventies, has lived through all these changes and observed the various traumas they have caused his gay clients.

Odets’ book would have been more effective if he had begun with Matthias’s story, for it underpins his argument about the importance of gay men finding and accepting themselves and developing their own forms of loving relationships as he did with Matthias, Robb, and Hank. One point he makes repeatedly is that the heterosexual model of monogamous marriage may allow gay men to assimilate easily into straight society, but it may not be the most honest or appropriate model for many. His loving, sexual relationship with three men is an example of the ways in which he believes that gay men must develop their own honest, loving lives.

Odets has had a gay clientele in San Francisco since the early 1970s. He has heard from his clients the traumas many gay men have faced: first family and societal rejection; then the AIDS crisis; and now for many younger gay men without the kind of coherent, supportive gay community that existed during darker times, a new sense of cultural displacement. Through the presentation of case histories, Odets describes the traumas peculiar to gay men and offers advice on living meaningful lives.

Odets rightfully believes that the most crippling force at work on gay men has been shame, which he describes as the product of the internalization of social stigma. Before gay men can begin to lead healthy lives they must overcome the shame foisted on them by families, religion, and anti-gay rhetoric and violence. Only then can they love themselves and others.

Since Odets accepts Erik Erikson’s description of human development, he notes that many gay men’s development is hampered or delayed by the isolation and rejection they experience from the moment they realize that they are different.

Odets makes a number of questionable assertions. The first is his belief that there is a “gay sensibility” rooted in gay men’s unique blend of masculine and feminine traits. It would be wonderful if this were universally true, but the fact is that many gay men, like their straight counterparts, are terrified of any hint of effeminacy.

Finally, Odets has strongly negative attitudes about gay marriage, which he describes as an “emotional closet.” It may be that devotion to one partner is not the best model for some men, but many gay couples are happy with that type of relationship.

There may be much to argue with in Out of the Shadows but it is a fascinating, provocative book aimed at gay readers written in a pleasant, conversational style.