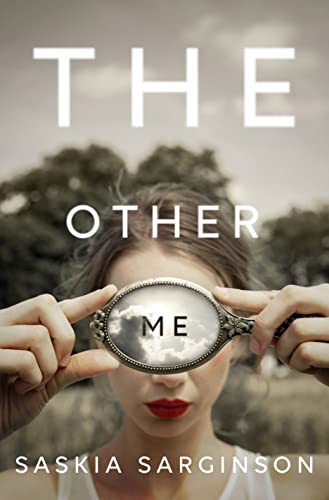 The Other Me is a pleasure to read, with a style that moves as smoothly as an Acela train and a page-turning plot. At the same time, it tackles ambitious issues like generational guilt and how much we really know about the people we think we know. Author Saskia Sarginson can grab the reader’s attention with sharp descriptions of the smallest details of anything from a meal to an emotion.

And yet, ultimately this well-meaning novel fails, because the basic premise is simply not believable.

At age 21, Klaudia Meyer of London, the bullied daughter of a former World War II German soldier, has successfully reinvented herself as Eliza Bennet of Leeds and embarked on her lifelong dream of becoming a dancer, also acquiring a sexy new artist-boyfriend in the process.

Then she arrives home for Christmas vacation to learn that her beloved mother has died in a car accident during the few days that she delayed her return.

Of course Klaudia (the name to which she soon reverts) is devastated and also overwhelmed with guilt because—as she imagines—she hadn’t been home to save her mother. That part is wholly understandable. But to believe that she would then throw away her career, her boyfriend, and her hard-won new identity to hide away in her dark, silent home with the father she never liked? Indefinitely? Rejecting all contact with her happy Leeds world?

Sarginson does not provide enough evidence, either before or after this turning point, of anything in Klaudia’s personality or history that would prompt her to take such a drastic step. In fact, Klaudia’s entire story up until then would push her in the opposite direction, because she has been so desperate for the love and normal life that her boyfriend Cosmo and her other Leeds friends offer her.

Few 21-year-olds indeed would be so pointlessly self-sacrificing. Even Klaudia’s father doesn’t want her to stick around and tries to send her back to what he thinks is her university coursework at Leeds.

True, Mary Gordon carried off a similar scenario in her 1978 bestseller Final Payments, but she succeeded because she laid out the scene and motivations from the first page. Also, her young heroine, Isabel Moore, had less to give up than Klaudia does.

Moreover, Klaudia’s and Cosmo’s actions in this novel spiral into more and more ridiculous levels of fantasy. She keeps rejecting his overtures; he keeps returning, endlessly patient and loving, even though they’ve known each other only a few months. To add to the impossible suspension of disbelief, Klaudia ignores repeated, obvious hints about her mother’s death.

Those failures of story and character development are frustrating precisely because Sarginson, a Londoner with a varied career in magazines, television, and fiction is such an original and sharp writer.

When Eliza (as she still defines herself) and Cosmo embrace, his body “is something that I’m compelled to touch, as if searching for pathways, secret avenues further into him.”

The description of the teenage neo-Nazi at Klaudia’s high school is so immediate that a reader wants to shrink away from the page: Klaudia smells “the ripe aroma of cheese and onion crisps. The skin around his mouth is sore, his lips blistered at the corners. I see a fleck of blood leaking from a crack. The pink of his tongue emerges to probe it.”

Sarginson just needs to create plots and characters as compelling as her descriptions.