The Other Girl: A Novel 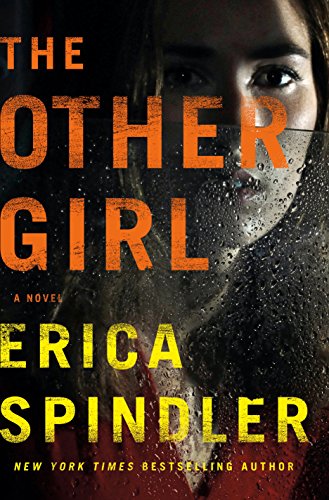 “a gripping thriller with a sympathetic and determined main character with whom readers can empathize . . .”

When Miranda Rader was 15, she and another girl were abducted and assaulted. Randi manages to escape but when she brings authorities to the scene, the other girl is gone. As a result of her “lies,” Randi is arrested and spends six months in juvi.

Today, Miranda has turned her life around, and is a respected detective on the Harmony, Louisiana police force. Now, she’s about to begin investigation on a case that will shake her belief in herself, her best friend, her lover, and the police officer who is her mentor.

Richard Stark, English professor at the University of Louisiana at Harmony, has been murdered, mutilated in a way revealing the killer’s hatred.

“She moved her gaze over the scene, slowly absorbing. The passion in the crime. The frenzy in the frenzied act.”

Miranda knows she’s never seen Stark before but among his possessions she finds a newspaper clipping of her alleged abduction when she was a teen. “. . . a yellowed news clipping fluttered to the floor. It was a short piece, not even half a column, from the Harmony Gazette. Why’d Stark have that clipping? It was a good question. One that nagged at her.”

According to everyone Miranda interviews, Stark was beloved by all, especially his students. In private, many of the women don’t agree, though none will go on record as saying so. “‘Stark was brutally murdered. I don’t think it happened because he was such a great guy. . . . You ask the wrong person things like that, you might find yourself in a world of hurt.’”

Buddy Cadwell, Miranda’s captain and mentor, doesn’t accept her theory that Stark was a sexual predator. Cadwell is a good friend of the victim’s father, who is also president of the university where Stark taught.  He seems to be bending over backward to keep the entire investigation quiet.

“‘They’ve known each other for years. Stark wields a lot of power in this town. Cadwell knew it was Stark’s kid who’d gotten whacked. He wanted to be first to the scene so he could protect him.’”

A complication enters the investigation when Miranda’s fingerprints are found at the scene, though partner Jake gives a good reason for that. Jake may make matters worse when he confesses why. “‘I backed you because I believe in you. I love you, Miranda.’ His words knocked the wind out of her. This was Jake. Partner. Friend . . . major complication.”

While Miranda continues her investigation, she finds herself thinking of what happened to her as a teen. As more evidence comes to light proving she’s involved in Stark’s death, she realizes she does know the dead professor.

“Richard Stark was her tormentor from that summer night, the beautiful monster from her nightmares. Everybody thought he was a paragon, but she knew the truth, and so did someone else. The person who killed him, the one who planted her fingerprints at the scene.”

When Jake separates himself from Miranda for her own good even as he questions some of her actions, the determined lady cop finds herself on her own.  As more of Stark’s victims are discovered and another murder happens, she barely manages to keep a few feet ahead of an arrest warrant. Retracing memories, tying them to present actions, she tries to discover what happened to the second victim that long ago night, and how and why someone wants her accused of the crime.

In the end, she’ll face disillusionment and heartbreak as she discovers the fate of the other girl and how that single night destroyed one life but opened the way to reconciliation for another.

Justice may prevail, but it’s a bittersweet victory.

This is a suspenseful police procedural that rates with the best of author Spindler’s suspense novels. Miranda’s a character with obvious depth, a fighter pulling herself out of the environment forming her into a delinquent, to become a successful police officer. Her background always hovers, however, and it takes only a little suspicion to make her backslide into her old fears again. Eventually, it’s this weakness that helps her unravel the crime.

Miranda’s struggles to solve the case and extricate herself from the onus of her old life makes this thriller an exciting read on two levels. The contemporary investigation of the murder starkly contrasts current events with flashbacks of that one life-changing night. While the love affair with Jake holds importance because it places him on a tightrope between duty and love, making him vulnerable in both his private and official life, that subplot doesn’t overpower the main story.

The Other Girl is a gripping thriller with a sympathetic and determined main character with whom readers can empathize.