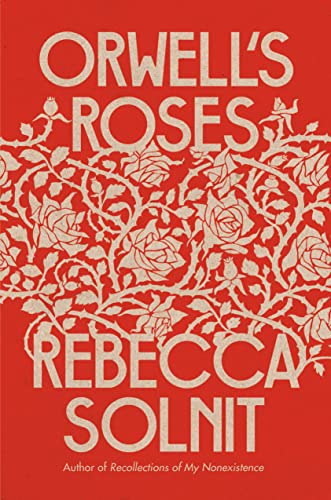 Rebecca Solnit, the author of more than 20 books, might be called an eternal optimist, if not a Pollyanna. Apparently nothing has ever got her down, at least not for long. Her role has sometimes been to rescue friends, acquaintances, and the culture at large from pessimism.

In her 2004 book, Hope in the Dark, she found good reasons to be upbeat in dire times. Five years later, in A Paradise Built in Hell (2009), she located the sunny side in places ravaged by fire and earthquake, and that otherwise might have been overwhelmed by darkness and despair.

The subtitle of Paradise Built in Hell—“The Extraordinary Communities that Arise in Disaster”—has been one of her theme songs for nearly two decades.

In many ways, Solnit expresses a point of view at odds with the perspective that Canadian author, Naomi Klein, has articulated in books like The Shock Doctrine: The Rise of Disaster Capitalism (2007).

Klein looks at crises and sees occasions for corporate greed. Solnit keeps an eye on catastrophes and locates possibilities for rebirth. Call Klein and Solnit two sides of the same coin. Put them together and a whole world takes shape.

In her new book, Orwell’s Roses, which roams freely from English coal mines and the Spanish Civil War, to remote, rural Scotland, Solnit revisits favorite themes. This time she reviews the life, times and work of George Orwell, the father of modern disaster fiction. By all accounts, he was an extraordinary individual invigorated by war, lies, and darkness, and an extremist of sorts who rejected extremism on the Left and the Right.

Orwell appears to be an odd author for Solnit to write about. Though he, like her was a prodigious reader and book reviewer, his best work—Shooting an Elephant, Down and Out in Paris and London, and Homage to Catalonia—emerged from lived experiences with world historical events in Asia, Europe, and England. The decline of empire, the rise of fascism, the crisis of capitalism, and the tyranny of communism.

Even his futuristic, dystopian novel, 1984, grew in part out of his own work at the BBC where he sensed that Big Brother was watching British citizens.

Orwell was watching them, too, and making lists of the “subversives” that the government ought not to trust. Those lists came to light long after his death in 1950 at the age of 50.

Even more bookish than Orwell, Solnit places her rereading and reinterpretation of 1984 at the heart of her literary enterprise. Unlike Orwell’s biographers and critics, Solnit finds that novel hopeful and a real love story, too.

“His romance with a woman,” Solnit writes of the anti-hero, Winston Smith, “drives the plot of the book.” Her insights into Orwell’s English Everyman invite readers to go beyond the standard notions of the novel as a fugue on gloom and doom. Solnit’s next-to-the-last chapter, “As the Rose Hip to the Rose,” injects a sense of whimsy and playfulness into 1984, turns it upside down and inside out. No mean feat.

Solnit sees Orwell as a lover of beauty and a gardener connected to the earth itself, not only or just as an ideologist.

“Orwell’s signal achievement,” she writes, “was to name and describe as no one had the way that totalitarianism was a threat not just to liberty and human rights but to language and consciousness.”

She adds, “He did it in so compelling a way that his last book casts a shadow—or a beacon’s light—into the present.”

Unfortunately, Solnit spends most of her time looking into the anti-communist crusades of the past, territory that has been exhumed again and again over the past 100 years. Why she has done that now isn’t clear.

It would have made sense to focus Orwell’s beacon on contemporary global hot spots, from Hong Kong to Afghanistan and on American cities such as Minneapolis and Washington, D.C., where mobs have taken history into their own hands.

What would Orwell have to say about the Trumpers, the Black Lives Matter folks, and the Taliban in 2021? That’s something his many fans would like to know.

In the chapter titled “Gratitude,” Solnit explains that “living for a few years with one foot in Orwell’s time often made me think about who did Orwell’s work in our own.” Christopher Hitchens and Gore Vidal come to mind, both of them maverick intellectuals, though they were also at one another’s throats.

Solnit doesn’t toot her own horn. She might have. After all, in her most recent book, she’s a contrarian who traces the path Orwell carved out in his provocative books, in timeless essays like “Why I Write” and in his garden, where he found a sanctuary from the harsh political winds of a world in crisis.