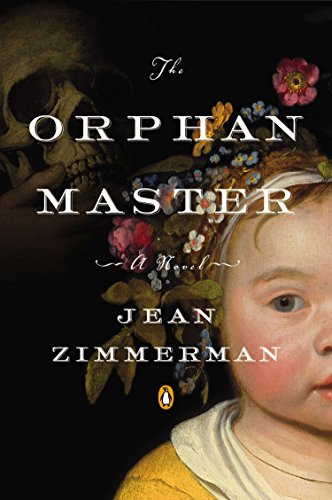 “. . . a deft narrative of madness, murder, and love against the background of the English-Dutch war.”

In 1663 agent of the Crown Edward Drummond is sent to the New World in search of the three surviving signees of Charles I’s death warrant, now hiding in New Haven, in Connecticut territory.

Drummond plans to arrive in the Dutch colony of New Amsterdam on Manhattan Island, and, posing as a grain merchant, work his way north.

The Dutch settlement of America isn’t a well-known subject, earning less than a mention in most history books. Most readers are generally only acquainted with the fact through Washington Irving’s retelling of The Legend of Sleepy Hollow or the lighthearted songs of Knickerbocker Holiday.

Blandine van Couvering is one of Manhattan’s inhabitants, an independent and outspoken she-merchant, a female trader fast becoming able to bargain with the best. She and her bodyguard, Antony, a seven-foot African, are a familiar sight in the town, and she’s one of the first people to catch Drummond’s eye when he arrives.

In Holland, women had considerably more rights than their European counterparts:

“Nowhere on earth were women more legally unemcumbered than in the Netherlands and its colony of New Netherland . . . Under a unique Dutch tradition, a woman could choose a form of marriage granting her legal standing equal to her husband’s, allowing her to represent herself in courts, sign contracts, and inherit property. Single women also enjoyed these rights . . .”

Blandine is one of these and she isn’t impressed with Drummond of the cavalier curls, calling him “a high-booted English peacock,” an “English busybody aristocrat.” He, on the other hand, is attracted to her, but doesn’t have time at the moment for a dalliance. Nevertheless, he finds her ". . . pretty as a painting, thorny as a rose. Put her out of your mind, man! But he couldn’t and wouldn’t . . ." A thinker and questioner, he soon finds a kindred spirit in the she-merchant as they use his newly-invented telescope to gaze at the stars and discuss the philosophies of Spinoza.

The Dutch colony is currently uneasy. There’s the fast-approaching threat of an English attack. “I have the sense,” Drummond said to Raeger, “that a single frigate with a brace of twenty-four pounders could blow this whole business down.”

As the song states, “Even old New York was once New Amsterdam.” Drummond’s arrival sets the stage for the beginning of that transformation from Dutch to English control.

The people have other reasons for their apprehension. Children are disappearing from the city and surrounds . . . all orphans, some later being found dead, bodies mutilated and half-eaten.

“The whole colony has an Indian hobgoblin on the brain . . .” Rumors abound of a witika, a demon feared by the native tribes, a creature infecting others with its thirst for human flesh. A stranger in their midst, especially an Englishman, is doubly suspect.

“Witika fever swept through town quicker than the plague. The schout enforced a curfew for children. Parents locked their sons and daughters in, day and night. Sponsor’s of Adolph Roeletsen’s school had a debate whether to close temporarily, for safety’s sake . . ."

Aet Visser, New Amsterdam’s official orphanmaster, finds homes for children who have lost both their parents. He handles the finances of their estates until they become of age, as well as bringing other orphans from the Homeland to work in the colony. He’s concerned about the disappearances of his wards and asks Drummond to investigate as he travels northward.

“. . . the witika is as strong as a bear and fast as a lion. No man can outrun it. It can dash across the surface of the water and leap in great bounds.”
“And who has seen this beast,” asked Drummond. “Have you?”
“Most who lay eyes on the witika perish of fright. . . . .Those who don’t, the beast murders. Those who survive go mad.”
“Then the question naturally occurs,” Drummond said, “as to how we know the details of the creature’s appearance.”

Reluctantly Drummond agrees, though it takes a detour from his original purpose. Blandine has likewise been asked to help by some of the slaves when their own children go missing.

“. . . the officials of new Amsterdam . . . would not bother themselves about the disappearance of an African child. They had never done so in the past, so why should they now?”

It’s only a matter of time before their efforts cause the two to join forces as well as hearts, much to the chagrin of Blandine’s suitor, Kees, nephew of New Amsterdam’s Director General Petrus Stuyvesant.

Forces more threatening than jealous Kees are at work, however. As Drummond and Blandine discover evidence involving switched identities as well as more missing children, there’s a determined effort by the real culprit to shift the focus of his crimes.

A ransacking of Drummond’s lodgings and circumstantial evidence planted in Blandine’s home bring about an accusation of spying for the one and witchcraft for the other. Both are brought before Stuyvesant’s tribunal in a maelstrom of hate, prejudice, and a remarkable twisting of justice.

“Among the documents there were sketches of every major building and thoroughfare in New Amsterdam. A diagram of the forts. Lists of English settlers . . .”

“So we shall have a hanging and a burning,” Martyn said lightly. “Perhaps they can be arranged on the same day.”

The Orphanmaster offers a unique blending of history and storytelling about a rarely mentioned era in American history. By intertwining regicide and Native American legends, Ms. Zimmerman reveals a vast array of information about a little known time in America’s past.

The Orphanmaster is a deft and descriptive narrative of madness, murder, and love set against the background of the impending English-Dutch war.