The Oracle Year: A Novel 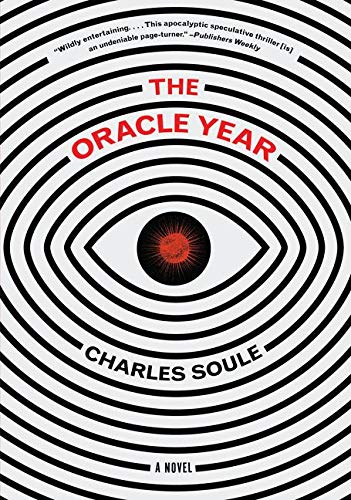 Will Dando, a 20-something down on his luck New York musician, wakes one morning filled with a dream that accurately predicts 108 future events. With the help of his mathematical genius friend Hamza, they publish many of the predictions on an anonymous website that instantly goes viral.

As Will’s prophesized events become reality, the world becomes fascinated by the Oracle site and its precise predictions. The Oracle swiftly becomes the most widely discussed person on the planet. Carefully hiding his identity, Will becomes an amazing 21st century prophet with uncanny perfection; he is rapidly surrounded by mystery, global intrigue, three trusted friends, a burgeoning romance and powerful enemies.

As the website’s predictions all eerily come to pass, Will and Hamza are contacted by many of the largest companies in the world who seek to extract profit from knowledge of future events. The close friends instantly become incredibly wealthy from selling predictions.

However, the Oracle also makes powerful, deadly enemies, including a hate-filled global televangelist, an African warlord with a nuclear weapon, and the president of the United States, who orders a powerful assassin to kill the Oracle.

The world spins toward chaos as deadly mobs of crazed individuals fight for and against the Oracle. The future of humanity itself is soon at stake.

The Oracle Year reveals what could occur if the world is suddenly exposed to a frighteningly accurate prophet whose predictions have the power to create inconceivable wealth and power, as well as death and destruction. Soon, the world must contend with a fearsome warlord with the potential to destroy entire cities with a nuclear weapon.

Religious leaders and many of their followers want Will dead. So do many political and corporate leaders. The characters are well-created and the pulse-pounding tale will move the reader impulsively forward.

The Oracle Year is a fast-paced thrill ride; a marvelous novel filled with significant twists and turns and unforgettable characters. The contemporary human condition is explored in the context of understanding the veracity of future events. What sort of power comes from knowing the future and what sort of danger does such knowledge engender? This volatile and unpredictable novel will entertain and keep you guessing until the very end.