The Opposite of Everyone: A Novel 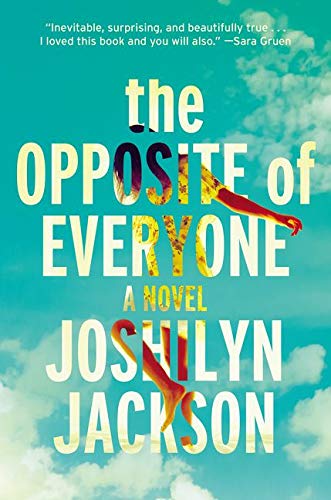 “Joshilyn Jackson hits both emotional nerves and the funny bone in this insightful novel.”

“The world was full of us, the leftovers and the leavers, the bereaved and the broken.”

Paula Vauss is tough. After a hardscrabble childhood with a grifter, hippie mother, she was determined to claw her way out of society’s margins, and she’s been remarkably successful. Now a high-priced lawyer for one of Atlanta’s swankiest firms, Paula takes care of lingering guilt over a preteen mistake by sending a monthly check to her estranged mother. A final returned check sets a cascade of events in motion that challenges everything Paula believes about herself, her mother, and her past.

Joshilyn Jackson’s latest novel, The Opposite of Everyone, takes a hard look at “the leftovers and the leavers, the bereaved and the broken,” using the device of switching back and forth between Paula’s golden present and embittered past. Jackson does a lovely job of creating a strong, salty protagonist, a woman who is incapable of taking crap from anyone, and then cracking her façade to show the vulnerable, lonely child within.

Jackson explores family and relationship dynamics through stories, both the fantastic, Hindu-inspired fairy tales that Paula’s mother shared with Paula and her siblings and those stories Paula and her inner circle share with each other. “Like all true stories, my mother’s ends in midbeat,” Paula thinks; this is a theme throughout the novel: emotional truth in stories, even when literal truth is questionable.

Despite this heavy subtext, Jackson’s novel has great depths of humor. Paula may be tough, but she is honest to a fault with everyone, including herself, and her wry observations of people and situations in her life are funny as hell. Her wealthy, spoiled clients also provide plenty of opportunities to laugh.

Ultimately, The Opposite of Everyone Else is a life- and relationship-affirming story. Paula characterizes her mother’s final trip toward Atlanta thus: “That was the journey itself in a nutshell—looking at the holes where we’d once been.” The same could be said for this novel. In examining where she had been with her mother, Paula comes to find a peace within herself that seems to be improbable at the opening of the story.

The writer surrounds her protagonist with a strong secondary cast, a nice bonus. Her PI “friend with benefits,” Birdwine, could easily have been cast in the mold of Stephanie Evanovich’s male characters: handsome, tough, and wisecracking. Jackson does all this with Birdwine, but she gives him the added depth of an absorbing backstory and believable flaws. He’s strong, yet still as vulnerable as Paula discovers herself to be. Her brother Julian also avoids mediocrity in the layered nature of his character. He’s naïve, but not ridiculous; Jackson allows him dignity in his loss and lets him become an unexpected teacher of her lead character.

The Opposite of Everyone is a bright spot in late winter publishing. Joshilyn Jackson hits both emotional nerves and the funny bone in this insightful novel, using evocative language and creating memorable characters to carry her story of leftover and broken people. This is a writer to watch (likely on the big screen soon) and a story to love. Don’t miss this one.