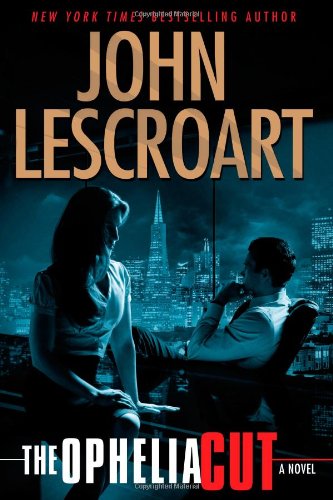 “No one, attorney or not, can write a trial scene better than John Lescroat.”

Attorney Dimas Hardy returns in his first novel in four years, and his world has changed in the interim.

His former partner, Wes Farrell, is now District Attorney for San Francisco; the recession has impacted his law firm and income; Dimas is nearing sixty; and he shares a secret with three of his closest friends that can never be told.

His world is now one of What Ifs. What if the recession had never happened, and he didn't have to accept court appointments to defend indigent clients like bartender Tony Solaia? What if his brother-in-law, Moses McGuire, one of the keepers of the secret, hadn't been a drunk? What if Moses's daughter, Brittany, hadn't been so free and easy with her affections?

What Ifs aside, the world of Dimas Hardy is what it is—and it isn't good. Brittany hooks up with the wrong guy and ends up in the ER, obviously beaten, but claims she fell on a slick sidewalk.

Moses learns that the wrong guy was Rick Jessup, San Francisco Supervisor Liam Goodman's closest associate, and warns Jessup to stay away from Brittany by means of a few well-placed blows "You come near my daughter again," he said, "and you're a dead man."

When Jessup is found bludgeoned to death after raping Brittany, Moses is the first and thanks to political pressure from Supervisor Goodman, the only suspect.

Pressured by the Chief of Police, the two lead detectives on the case go behind the backs of both DA Wes Farrell and Head of Homicide Abe Glitsky to obtain an arrest warrant. Moses, drunk and talkative, is arrested.

Dimas, attorney of record for Moses, faces an internal conflict. With eyewitnesses and blood evidence but no murder weapon, Dimas is certain Moses is guilty despite his protestations of innocence. Moses recently starting drinking again, and a drunk Moses is a loose cannon capable of almost anything.

Adding to Dimas's worries is the rumor that he and Abe Glitsky were involved in the unsolved Dockside Massacre along with Moses. If Moses talks for whatever reason, then the worlds of Dimas Hardy, his legal associate Gina Roake and Abe Glitsky will explode, and they will likely face long prison terms.

With no defense available but that old standby, SODDIT, some other dude did it, and the trial nearing its end, Dimas desperately searches for an alternative suspect. If not Moses, then who? If this isn't a crime of vengeance by a father against his daughter's rapist, then what kind of crime is it?

No one, attorney or not, can write a trial scene better than John Lescroart.

While opening and closing arguments are included in the narrative, Mr. Lescroart avoids devoting pages of text to the dialogues—a literary tactic other authors of courtroom drama would do well to follow. The reader never loses interest in the arguments because the author keeps them short and tense. His skillful use of legal procedure keeps the suspense white hot, ratcheting up the tension to an almost unbearable level.

But Mr. Lescroart's courtroom scenes wouldn't be nearly as effective if the characters weren't so realistic. The reader loves Moses McGuire, likes and admires Dimas Hardy, and respects Abe Glitsky.

What sets The Ophelia Cut apart from other books in the Dimas Hardy series is the central question: When is vengeance a form of justice? And how far may a defense attorney go to win an acquittal? The reader may ponder these questions long the novel is finished.