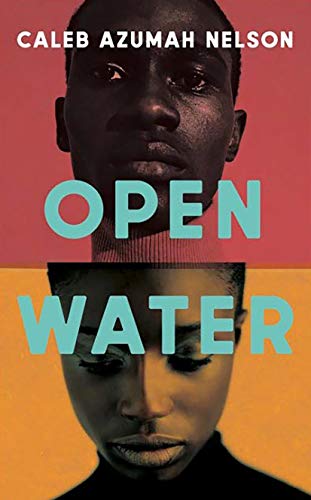 “While unpolished in places, Open Water is the work of a talented and promising young writer.”

Caleb Azumah Nelson’s debut novel Open Water documents a year in the life of a young Black man in London as well as his relationship with a woman and how the former impacts the latter. Open Water, is about the pain, challenges, and necessity for a Black man to find his voice, be seen, create art, and speak his truth. Nelson’s uneven work is both mature and immature, original and cliched, too much and too little on the compelling and urgent topic of a Black man’s experiences in contemporary London.

The second-person narrator, a young photographer, tells of meeting a young woman, a student and dancer, with whom he has an immediate connection. They become fast, best friends who embark on a project of documenting Black lives in London, and later become lovers. Like a documentary or photo montage, the novel opens chronologically with “The first night you met.” The narrator explains, “As the solo cameraman, it is your duty to document.” And so he does. In a sort of day-in-the-life or diary-like format, the narrator includes descriptions and thoughts of his budding relationship and his experiences.

Interwoven with the narrator’s daily experiences are reflections on his parents, brother, and grandmother in Ghana, traumatic memories of and encounters with unjust assaults on Black people, and references to art, music, literature, and film. All of these components are parts of the narrator’s story and identity and contribute to his “documentary.” They are part of himself and his art; they attest to his trauma that as a Black man “your bodies are not your own, “but also allow him to “be seen” and not just “looked at.” The narrator’s construction of his documentary as well as Nelson’s creation of his novel give form to Black bodies and voices.

Stylistically Open Water moves between poetry and prose. The narrator lyrically describes playing basketball: “The steps were quick and sure like the intention of brush on canvas” and “You wanted to sweat. You wanted to ache. You wanted to launch a ball from half court, the orange orb spinning quicker and quicker as it approached the basket; the net making a splash when leather hits string.” He also repeatedly uses the poetic motif of open water, swimming, and drowning as a metaphor for his relationship. He writes, “She has swum out into open water, and it is not long before you join her.” This lyricism contrasts with such prosaic passages as “Later, you are in the Shake Shack next to Leicester Square. . . . She orders a burger with chopped chillis. . . .”

For the most part, the mix of poetry and prose works. However, in places, the narrative is repetitive, lapses into cliché, is overwrought, too referential, and lacking in subtlety. The references to Zadie Smith, Teju Cole, Gwendolyn Brooks, the film of Baldwin’s If Beale Street Could Talk, “Moonlight,” and numerous other musicians, songs, and artists read like a paper from a cultural theory class showing off how much the narrator knows. The repeated cliches like “fever dream” and “finding your truth” and the angsty, philosophical self-absorption seem sophomoric amid the compelling ideas the narrator is trying to put forth.

While unpolished in places, Open Water is the work of a talented and promising young writer. Caleb Azumah Nelson creatively and insightfully gives voice to the pain and trauma of a Black man’s existence in the UK. Sadly, his painful and relevant narrative mirrors what has become an all-too commonplace experience for a Black man in the US.