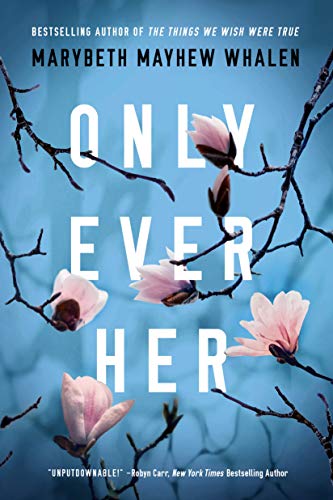 When Annie Taft was three years old, she and her mother Lydia went camping at nearby Eden Hill State Park in the small town of Ludlow, SC. The following morning, Annie is seen wandering around a hiking trail, hungry, dirty and still in her pajamas. Lydia is soon discovered in her tent, her body already cold from being strangled. Annie states her mom's sometime boyfriend Cordell Lewis was with them. Automatically the police charge him with the murder without investigating further.

Now, many years later, Annie—who was raised by her aunt Faye—is due to get married in three days. She receives a letter from Attorney Tyson Barnes asking to see her. Though she is to meet with Laurel Haines, an old high school classmate and now a reporter for the Ludlow Ledger, she instead goes to the lawyer's office. Barnes believes Cordell Lewis was falsely sentenced, and he is trying to get him re-tried or freed and needs Annie's help. Over the years, she has questioned herself if her statement had, in fact, sent an innocent man to prison.

Lewis's situation is coming up now, just before her wedding.

"Annie knows one thing: nothing can set things right. No matter what she does or does not do, her mother will not be there when she walks down the aisle in a matter of days. He mother will not wear a mother-of-the-bride dress that is slightly dowdy but appropriate for the occasion. She will not give Annie a family heirloom to be her ‘something blue.’ She will not offer marriage advice based on her own years of wisdom. Because Annie's mother did not have years to grow wise. Lydia Taft died when she was twenty-three years old. She didn't even get to live as long as Annie herself has."

Since Lydia's murder, the town's folk consider Annie a sweetheart with everyone cheering for her. Kind and unobtrusive, Annie never utters a bad word about anyone or gets into arguments. When Kenny Spacey moved to town with his single mother, the shy and somewhat strange youth became the target of bullying, but Annie jumped to his side by befriending him and not allowing their peers to torment him. From then on, Kenny loves Annie, though secretly but she only considers him as a friend.

Annie questions why Laurel Haines, the wanna-be big-shot journalist, now back in town and writing for the newspaper is so anxious to meet with her when they were never close? Nervous, she heads to the spot where her mom died and where she goes when she is upset and wants to "talk" to Lydia.

Only Kenny is privy to this special place. He is her best friend and confidant and with him, she can be herself. He understands all sides of her including the one that isn't constant sweetness and light. She tells him once she marries; their friendship is over, which breaks Kenny's heart. Can't she realize how much he adores her and be him instead? Her thoughts are this:

"Kenny is not the right guy. Scott is. Kenny, of course, does not understand this. He's not aware of the protocol. But she knows—as she always has—what's expected of her, what her role is in this town. She cannot marry the odd duck, her quirky friend. She has to marry the guy who is her perfect match, the one people expect to see waiting for her at the end of the aisle in a few weeks. She has to make the town happy like she always has. It is her act of service, her offering on behalf of the greater good. When you're the only survivor of the town's darkest moment, you do whatever you can to bring light."

Annie leaves Kenny, and he doesn't follow her. When she does not return home Faye starts to worry. She contacts Sheriff Hal York, a man she once and still loves, of Annie's absence and Clary, Faye's daughter begins to fret remembering the last conversation she and Annie had which ended abruptly. Could what she said have driven Annie away?

Soon the whole town is apprehensive. Fiancé Scott shows up at Faye's hoping for some news and neighbors want to help search for Annie. Meanwhile, rumors abound about Cordell Lewis who is now released. Did he abduct Annie for revenge for sending him to jail for more than two decades? And does Kenny know where she could be?

Only Ever Her is a complex tale of unrequited love and suspense with various characters holding onto secrets. The residents of this tiny town proclaim Annie as their golden girl; however, it does seem a bit over the top that everyone would panic when she first disappears. Not to be misconstrued with the Runaway Bride concept, the plot is intriguing leaving questions as to Annie's whereabouts and Lydia's real killer, and yet though the conclusion is unexpected, it is satisfying.