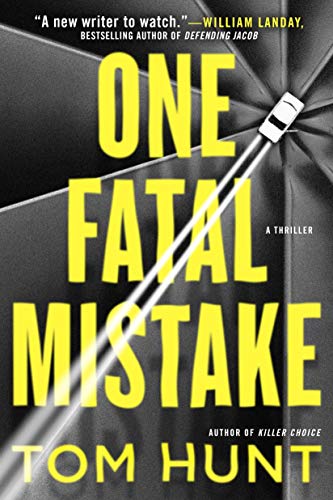 This tale commences with 18-year-old Joshua Mayo sneaking into his Cedar Rapids, Iowa, residence one night after being involved in a horrible accident that took a man's life. Knowing he only has a short time to clean up before his mom comes home he rushes to shower then burns his bloodied clothes in the barbecue. Not able to completely destroy the evidence of his traumatic incident, he shoves the half-burned clothing into a trash bag, hiding it under the deck to be disposed of at a later date. He hopes his mother won't see his car with the cracked windshield and smashed grill.

Meanwhile, in Hastings, Nebraska, Amber Youngblood along with her husband Ross and his brother Shane rob a bank. Wearing Star Wars masks they make off with more than $40,000, but Shane, being the last out of the building, trips them up, and Amber, the driver takes off leaving him behind. This is her original intent, for she knows when the brothers are together, Ross gets dragged into using drugs with Shane and, under the influence, he becomes totally uncontrollable; his demeanor causes Amber not to want to be near him. She believes by getting Ross away from Shane, they can start a new life.

The next morning, Karen, Joshua's mom, as well as his pals at school suspect something is wrong, but he cannot say anything. He promised the one he was with the previous night to keep this event between them. For Joshua the day passes in a fog; he's unable to keep the episode off this mind. Later when he realizes he lost his glove at the scene, he decides to head back there during the night when his mom is asleep. Arriving at the site he remembers everything:

"The sight of the body brought back every memory from Thursday night. The crunch of the car hitting the man, the thud of the body smashing into the windshield, the frantic moments after the accident, when he'd realized the man wasn't dead and—

"Joshua's stomach turned as he thought back to what happened then. A wave of emotion nearly knocked him over. In some ways, this moment right now was worse than the accident. After the accident, everything had happened so quickly that it had felt like an out-of-body experience. Like it wasn't real. But not tonight. Right now, he was calm. Composed. Everything was slowed down, not going a million miles an hour."

Karen, an ICU nurse and single mom, wakes up very Saturday morning finding Joshua gone. Concerned, especially due to his earlier behavior, she uses the tracker on his phone to locate him. She is anxious when she learns he's out in the Hawkeye Wildlife Management Area, which consists of acres of woodland. Without thinking she races to him. Little does she expect what happens next.

Joshua confesses his secret about the dead man on the side of the road, upsetting and confusing Karen. While asking why he didn't report this to the police, they are confronted by Ross and Amber who are on the run. Chaos breaks loose, and Ross inadvertently shoots Amber. This dead man in the ditch turns out to be more than a case of self-defense with the deceased. Before they know what is happening, the duo take Joshua and Karen hostage.

Though this novel begins with a bang, leaving the reader speculating what happens and the identity of the other person with Joshua. The situation with thieves slows down the plot where the circumstances revealed become somewhat implausible, and one wonders if the shady characters involved are really as obtuse as presented.

This quick and easy read offers suspense with its multifaceted themes that are breathtaking as well as frightening.