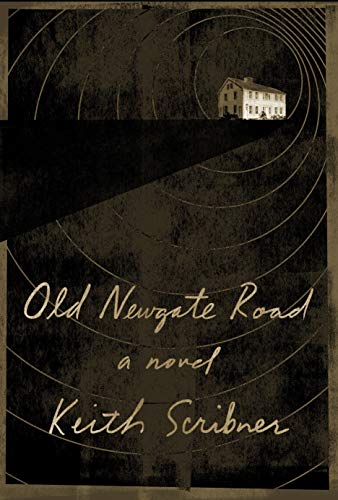 “Old Newgate Road is a complex and introspective account of one family's plight of abuse and heartbreak that plagues each member for decades.”

Cole Callahan is back in his hometown of East Granby, Connecticut, after an absence of more than 30 years. Now a resident of Portland, Oregon, he is estranged from his wife, at odds with his 15-year-old son, Daniel, and in CT to oversee an order of some prime wood from an old tobacco shed that he will use for his construction company. His time away should help him gain some perspective on his home situation. He only expects to be in town for a few days, but his plans are thwarted when he goes by the home where he grew up with Alex, the woman who is demolishing the shed for him.

The historic colonial that was forever in the process of being renovated still stands proudly on its lot, though it is much shabbier for the wear. Phil is living there, which surprises Cole. The house had been rented while Phil was serving his sentence in prison for murdering Cole's mother years ago, but it seems the old man is back in the residence.

Cole doesn't know how to act at their reunion. He finds his dad playing soulful tunes on the old piano, but he doesn't seem to be the same angry and bitter man he once was. Something isn't right with his mind. Is he suffering from dementia?

When Daniel is expelled from high school after getting into trouble with the law, Cole is stymied. Should he head home and leave his father alone and unattended? What can he do about his son? He flies Daniel east to have him work at the tobacco fields as he had as a young man. With him close by, he can get to the bottom on what is troubling Daniel while keeping an eye on Phil.

Cole reminisces over his teenage years, with his thoughts turning to Liz, his first love. Liz was his escape from his dysfunctional and volatile family. Phil had been a brutal, abusive husband and just plain mean to his children, Kelly, Cole's his older sister, and Ian, his younger brother. Throughout the years, Cole had been the peacemaker who kept diligent attention on his mother whenever Phil got nasty. Sadly, his mother refused to leave Phil, and Cole wasn't successful in his attempt to save her and she succumbed to death at Phil's hands.

Cole relates some of his past regarding his mom to Alex and her husband Antoine in the following:

"'She wanted to go to grad school in Paris and got accepted. French literature and film at the Sorbonne." . . .

"Antoine leans into a mound of dough with a rolling pin. "'So she never went to the Sorbonne?'

"'She used to say she'd planned to stay in France, to live in Paris and direct movies, and when I was a kid that always seemed like a perfectly reasonable alternate life for her.' . . . 'It was a compelling but absurdly romantic story about who we might've been. I never questioned it until I was'—he forces a laugh—'way too old.'

. . . "'You'd think she might've resented her kids, but . . .' He shakes his head. 'Not a word of regret. I guess it's doubtful she was destined to be a star of the French New Wave, though even my father admitted that not going to the Sorbonne had been a sacrifice. But she'd interrupt him and insist, 'No, no, not at all. There's nothing I wanted more than a family.'"

It is evident Cole feels responsible for his mother's death and his siblings’ pain from long ago. Though he detests his father for his actions, as a grown man, he believes he must protect him. It is easy to hate Phil, yet there are the underlying questions of the man's sanity and what made him how he was.

Cole now must contact his sister and brother to alert them of their father's declining mental capacity. How can he do this when their relationship has only been kept alive through occasional Christmas cards? Pulled in many directions, Cole, the ultimate fixer, is running away from his current circumstances with his wife while trying to fix his son and father. As he stays at his father's house to care for him, he wonders if he can forgive him and is even uncertain what forgiveness means. He grapples with many feelings hoping to sort out his life, past and present, and questions where it will lead him.

Old Newgate Road is a complex and introspective account of one family's plight of abuse and heartbreak that plagues each member for decades. Is there a possibility that long ago hurts can be mended and existing ones healed? Highly emotional, this novel offers much food for thought.