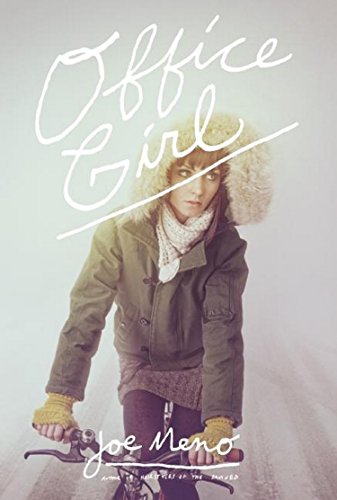 “Office Girl’s target readership, like its characters, are legally adults—even though some may still be growing up.”

Neuroscience tells us that the human brain is not fully developed until the mid to late twenties, and experience and observation show that some people take longer to grow up than others.

The process of becoming an adult is more difficult when Freud’s twin pillars of mental health—work and love—are sources of frustration rather than fulfillment.

Liberal arts and fine arts majors in the years just following college who lack practical skills and post-graduate level credentials often find their only employment opportunities are dreary, monotonous office jobs that do not engage creative and/or intellectually curious minds.

And stunted and/or unstable work lives provide emotionally as well as financially insecure foundations on which to build romantic relationships.

This predicament will be familiar to millions of college educated 20-somethings as well as to viewers of all ages of Lena Dunham’s HBO series “Girls.”

Joe Meno has captured that generation and its circumstances in his fictional Office Girl to which he has added the alternate titles Or Bohemians and Or Young People on Bicycles Doing Troubling Things. One of his five earlier novels is about teenagers; this one takes his readers to the next stage of life.

And while Office Girl is a quick and easy read it is not insubstantial.

Mr. Meno sets the novel in Chicago during the months of January and February 1999. It’s a love story whose two protagonists are: Odile Neff, a generous, adventurous 23-year-old art school dropout who cannot hold onto jobs, shows poor judgment, is commitment-averse in her love life, and whose medium of creative expression is writing/drawing graffiti with a silver magic marker; and Jack Blevins, a 25-year-old art school graduate who is usually more responsible about employment than Odile, whose year-old marriage is ending, and whose ongoing art project is recording ambient sound with a mini cassette recorder.

The first half of the book is divided into its first two sections, and the strongest writing is found in the novel’s third section comprising its entire second half.

The section titles indicate the third-person narrative perspective, and though in the third section it alternates between the characters, Jack’s perspective seems dominant.

Even so, and notwithstanding his own issues, Jack at times seems to be playing the straight man to the more volatile Odile, almost as if he is the control group of the two samples in Mr. Meno’s literary experiment.

Other characters include Odile’s 17-year-old high school senior brother Ike who keeps running away from home in Minnesota and landing on his sister’s doorstep; her roommate Isobel; Paul, a married man she’s dating; Jack’s wife Elise who is about to leave the country and their marriage; David, the senior of Jack’s two step-fathers; and Odile’s and Jack’s bosses and co-workers.

If men tend to be attracted to women who resemble their mothers it is not surprising that Jack, whose thrice-married mother’s marriages each lasted no more than six to eight years, would be drawn to commitment-averse Odile, who like Elise is planning to leave Chicago.

This point of commonality does not bode well for their relationship.

Both characters come from upper middle class families, and though Odile is the product of an intact marriage she is the less mature and less emotionally stable partner.

At a job interview a potential employer tells Odile, who left school six credits short of earning her B.F.A. degree, that college graduates are more reliable employees. Comparing her to Jack by that criterion suggests that Mr. Meno agrees with the fictional employer.

Odile and Jack meet while working in adjoining cubicles as telephone salespeople at Muzak Corporation. In addition to their fine arts backgrounds and bicycles as their primary mode of transportation, they also share interests in art house and foreign cinema and music, though their musical tastes differ: Odile loves The Velvet Underground (in her opinion the only good thing to ever come out of Andy Warhol’s Factory) while Jack loves the even older jazz and rhythm and blues songs to which David introduced him (cultural references such as these, despite the characters’ bohemian circumstances, undermine Mr. Meno’s publisher’s motto, “Reverse gentrification of the literary world”).

Jack accepts Odile’s invitation to join her as the only other member of an oppositional art movement, the Art Terrorists, and he tags along with her on a series of pranks that are the plastic arts equivalent of guerilla theater some of which are portrayed among the photographic and line drawing illustrations that lend the book the feel of a sketchbook.

This review will not reveal what happens to the protagonists’ romantic relationship, but suffice to say that Jack experiences greater emotional growth as a result of it than does Odile.

Office Girl is recommended to young adult readers, parents of young adult children, and older readers who want to relive that stage of life.

In actuality, Office Girl’s target readership, like its characters, are legally adults—even though some may still be growing up.