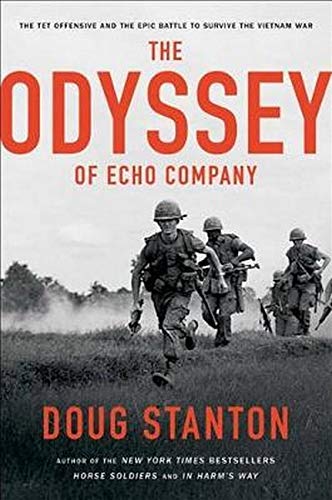 “books like this remind us of the human cost of war and the sacrifices made by soldiers who answered their country’s call . . .”

A seemingly endless war continues to create American casualties against a relentless and determined foe, causing ordinary citizens to question why Americans are dying in a foreign land for no apparent strategic purpose.

This narrative could be applied to either of the recent Iraq or Afghanistan conflicts, but was originally made by many Americans about the Vietnam War. As the 50th anniversary of the critical Tet Offensive approaches, many new books will likely be written about the war, but this volume takes a unique look at one small unit of American soldiers, many of them draftees, that served their country before coming home to hostility and indifference as they tried to return to civilian life.

The primary focus of the book is Sergeant Major Stan Parker, whom the author met in Afghanistan in 2004. Learning that Parker had served in Vietnam as part of an incredible 42-year career in the Army, he became intrigued by the time he served in Vietnam, especially the story of his small platoon in a big war.

The book is part unit history and part memoir as Parker and his platoon mates recount what it was like to go to Vietnam as patriotic young men, filled with stories of relatives who served in World War II, and eager to serve their country.

Once the Tet Offensive begins, they are quickly disabused of the romance of war as the gritty reality of combat and the brutish life of an infantry soldier soon transforms Stan and his platoon mates into callous killing machines whose sole concern becomes protecting themselves and their buddies from harm while killing as many enemy soldiers as possible.

The book follows the platoon during some of the hardest fighting of the Tet Offensive in early 1968, where these men fought in nearly every environment possible—jungles, villages, towns, and firebases—against hardened and experienced Viet Cong and North Vietnamese opponents.

Unique among his platoon, Stan Parker soon determines that he has an affinity for combat, a phenomenon encountered by some veterans who are drawn to the danger and comradeship of small unit close combat, and he stays in the country until he is wounded three times, a mandatory rotation qualification for the Army, which soon ships him stateside.

Once Stan comes home, he discovers that America is seriously divided on the Vietnam War effort, and has decided to turn their ire on the returning soldiers.  Like many Vietnam vets, he hides his service from people he meets to avoid the stigma attached to so many vets as killers and murderers and tries to get on with his life.

However, like many members of his platoon, he suffers from undiagnosed and untreated Post-Traumatic Stress Disorder (PTSD), which causes many of his surviving comrades to sink into drug and alcohol abuse to deal with their nightmares. Their stories are particularly moving as the military medical system and Veteran’s Administration was unprepared to deal with the psychological trauma of so many combat veterans.

Even though Stan gets married and attempts to lead a normal life, he is drawn slowly back into the Army he loves and ends up back on active duty in the late 1980s in Special Forces, eventually rising to be a Sergeant Major with U.S. Special Operations Command before retiring in 2007.

The final part of the book is the most poignant. The author takes the now retired warrior back to Vietnam in 2015 to retrace his steps from 1968. Unearthing old memories leads to a surprise reunion to show how the bond of shared service and brotherhood unites old soldiers everywhere.

The sacrifice of Vietnam vets was completely diminished and forgotten by Americans until the 1980s and 1990s. As the U.S. observes the 50th anniversary of this still divisive war, books like this remind us of the human cost of war and the sacrifices made by soldiers who answered their country’s call—and why they deserve to be taken care of and remembered.