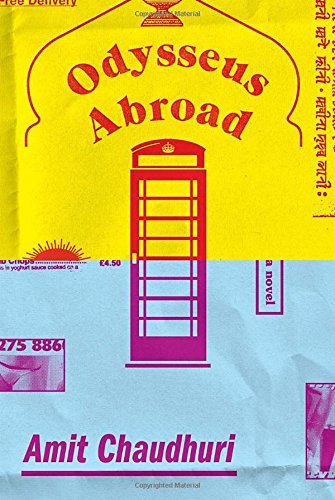 “many readers who reach for this latest offering are likely to be disappointed.”

In the literary world’s elite circles Amit Chaudhuri’s accolades are many. He has been compared to Proust and Joyce, to which one might add A. S. Byatt.  His wit, lyricism, insight, and craft have been lauded and have garnered impressive awards. Therefore many readers who reach for this latest offering are likely to be disappointed.

On its face, the story is about a young aspiring poet and erstwhile student who has left his native country of Bangladesh to find his way in London. His uncle, a colossal failure in life, also subsists in London, and they spend days together in the city during which they explore family and cultural landscapes. The poet/student, Ananda, also ruminates endlessly about life, literature, isolation and alienation.

Chaudhuri can display a keen sense of London through the lens of the Asian outsider: “His first two years . . . had been painful. Firstly, there was the civilization itself, with its language . . . its zebra crossings . . . its assortment of tea bags and cheese and pickled sandwiches, its dry clipped way of speaking. He felt terribly excluded.”

He can also reveal a sense of humor: “It was notable that heroes in Europe had no bodily functions as such—or encumbering relatives. Neither Hercules nor James Bond . . . interrupted their antics and missions because they had to visit the toilet. When morning came, they didn’t bother to brush their teeth . . . Bond had no time for niceties. Nor did he have an aunt or father calling him on the phone in the midst of his fights, demanding to know where he’d gone in the last seven days.”

However, sadly, Chaudhuri spends most of his time showcasing his literary erudition to the extent that one hangs on (or not) in search of an engaging (and redeeming) plot line while suffering through an enormous amount of verbiage. He may be a “witty, intimate, and modern” writer, as one critic noted, but other cross-cultural writers like V. S. Naipaul or more recently Jhumpa Lahiri, make it so much easier and more pleasurable to realize the Indian expat experience.

In Homer’s classic story, Odysseus is a man on an archetypal journey who displays wisdom, eloquence, resourcefulness, courage, and endurance. In Chaudhuri’s modern story, Ananda is a groping, grappling pilgrim obsessed with sex, family, and foreignness who seems totally inadequate to the task of forging ahead. That’s why one of these tales survives while the other seems doomed to a short shelf life.