The Ocean in Winter 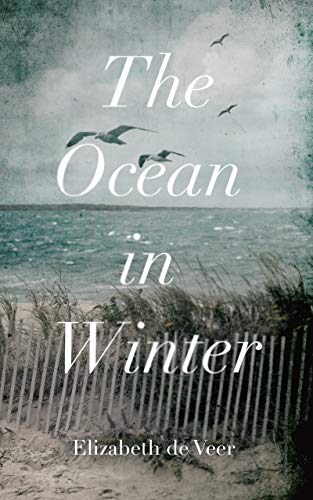 “The Ocean in Winter is a compelling, well-written debut . . .”

The Emery sisters grow up in the small northeastern town of Amesbury, Massachusetts, with their father George, who is a postal worker, and their mother Suzanne, an artist. A normal, middle-class family, they are close and considered happy. That is, until one day when the girls return home from school, and Alex discovers their beloved mother drowned in the bathtub. At age 11 and the oldest, she shields younger sisters, Colleen, eight, and the baby Riley, age four, from this tragedy.

This is when the family crumbles. George withdraws leading Alex to take their mother's place, caring for her siblings and keeping house. Everyone is bewildered, not able to comprehend why their mother would commit such a cowardly act. The thoughts that run through the girl's minds are: Did we do something to make mom do this? Does she no longer love us?

Twenty-five years pass, and the sisters now live separate lives. Alex is a nurse living her dream working in a hospital in India. Unencumbered by a husband or children, she spends long hours helping those severely ill or poverty-stricken, believing she is making her way in the world. When she learns she inherited a house in Newburyport from an elderly woman who befriended her years ago, she departs from India to finalize the paperwork, planning to sell the property and return to India. Upon landing back in the States, she heads to her father's house, dismayed to see how withdrawn he is as well as now a hoarder of junk. Alex settles in her newly acquired property determined to fix it up so she can move on with her life.

Colleen lives not far from their dad who still resides in the house where the girls grew up. Married with two preteen children who are her total focus, her life is in chaos when Eric, her lawyer husband, asks for a divorce. Feeling a failure, she wonders what her future will bring. Meanwhile she takes refuge at a friend's beach cottage while the kids stay in their dad's condo.

Riley’s life is in New York where she experiences the hectic pace as a model gracing the covers of magazines, appearing in commercials and ads, and parading the runway in the latest fashions. Working tirelessly, she becomes dependent on opioids to keep her going.

Though the siblings are miles apart geographically, they are close in heart, yet after months pass without any communication from Riley, Colleen becomes nervous. Has Riley lapsed into drugs again after having been in treatment? As suspicions lead to the worst-case scenario, Colleen consults Alex:

"'It's been three months,' I say. 'Letters, emails, phone calls, texts, messages on Facebook, Instagram, Twitter. Give me one of those, and I'm with you, yes, things happen. I get it. Two weeks? Three? Sure. But it's been months.' I pause to take a breath. Alex does not meet my eyes, which tells me that she's beginning to understand. 'Plus, there's something I didn't tell you. A couple of years ago, she had a drug problem.'
"'What?'

"'I saw her in New York. She was acting strangely, and she finally told me that she had just finished rehab. She asked me not to tell you and Dad.'

Fearful Riley may be using again or would maybe opt for their mother’s solution, Colleen contacts her Riley’s apartment manager and learns she is no longer a tenant. She then hires a New York investigator, hoping he can locate her baby sister. They keep in close contact, and Colleen is anxious relieved to learn he locates her sister, and she asks him to approach Riley to see if she is okay.

When a major storm is predicted for the Northeast, Alex is concerned if her old house will withstand the heavy winds. The weather becomes eerie, and the power and cell service cut off, leaving Alex disconnected from the rest of the world. After hearing a knock at the door, she discovers Riley on her doorstep.
The Ocean in Winter is a compelling, well-written debut with the title being more than significant for this riveting novel as it illustrates the emotions of grief, pain, and even happiness which are often synonymous with the cold, destructive, and mysterious sea.