Nowhere Is a Place 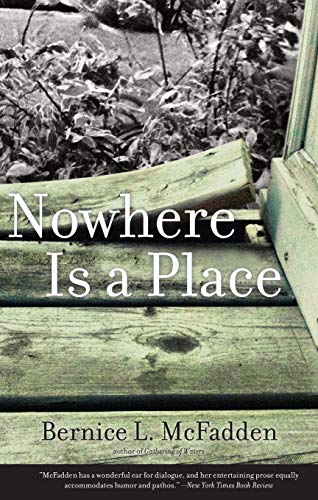 “Ms. McFadden has a beautiful writing style that is simultaneously lyrical and transparent.”

Nowhere Is a Place is a powerful portrait of family secrets, damage, and healing, probing deep below the surface of an African American family’s history to mend present day relationships.

For years, Sherry has bounced from menial job to menial job, from one man to another, searching for some inside piece that seems to be missing. Her relationship with her mother, Dumpling, is defined by an obligatory monthly phone call, so Dumpling is skeptical when Sherry proposes the idea that they should drive cross country together to attend a family reunion. In spite of her reservations, Dumpling agrees to go along.

One of the missing pieces Sherry seeks to understand is a childhood incident when Dumpling slapped her hard across the face for no apparent reason. She innately knows the slap is somehow linked to her family history. During their road trip, Sherry decides she will write a novel based on that history. As they drive, she coaxes Dumpling to recount the yarns that have been passed down through the generations.

What emerges is a rich historical story within the present-day story as Sherry weaves Dumpling’s tales into the pages of her developing novel and reads them back to Dumpling.

The historical narrative, beginning with an American Indian ancestor taken into slavery in the south to live among mostly African American slaves, is searing and hauntingly familiar. The realities of lynching’s and rapes and the dehumanizing of slaves by ignorant, pompous, owners is at the same time difficult to read and impossible to put down.

Ultimately the family secret—haunting Dumpling and explaining the slap in the face Sherry has longed to understand—finally comes out.

Ms. McFadden has a beautiful writing style that is simultaneously lyrical and transparent. In parts of the narrative, time seems to stand still as she describes an event in riveting minute to minute detail. Other times she employs a kind of poetic shorthand that condenses long periods of time, years even, into a few sentences.