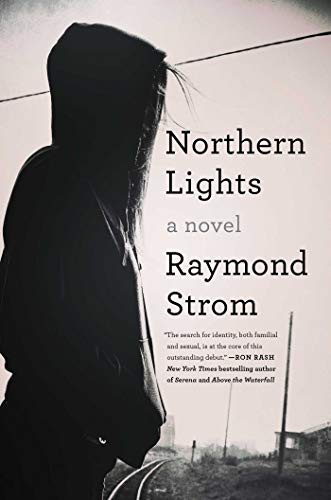 Abandoned by his mother at an early age, Shane was brought up by his father and uncle. When his father died, however, Shane’s uncle threw him out of the house for little reason other than him being gay. That’s when his life changes direction. He goes in search of his mother hoping to find her and build a relationship with her that has eluded him thus far in life.

The town of Holm in Minnesota doesn’t sound the most alluring place to go when you’re making such a life change, but this is his mother’s last known whereabouts. It is a lifeless and dreary town with boarded-up houses and shops. It is also deep in redneck territory, full of homophobia, narrow-mindedness and scourged with people taking drugs to escape the misery of their existence in this god forsaken place. When he arrives at his mother’s address, he discovers she has moved on, but nobody knows where.  Unperturbed, he decides to stay and see if he can gather more information about his mother’s life. He also gets a job in a restaurant.

Shane doesn’t dwell much on his sexuality; he is more into connecting with people and soon starts to make friends. They, too, are disaffected by the misery of the town. He becomes best friends with Jenny, and they care for and look out for each other. Shane is never able to commit sexually to her, however. He doesn’t have such a problem with Russell when they meet, though, and soon a blossoming, albeit dysfunctional chemistry develops between them. There are other friends, too, but the overarching connection between Shane and his friends is drugs. Then there is Sven Svenson, the town’s drug dealer and main protagonist in the novel. He is deeply homophobic and hates Shane with a passion. It doesn’t help that Russell is a drug runner for Sven.

Thanks to Jenny’s investigations, Shane find out that his mother moved from Holm to Minneapolis. He journeys there to find her. She is less than welcoming, but he stays a few days. There is a strange bond between them; not helped by the fact that his mother is in an abusive relationship. Her partner is also homophobic toward Shane and insists that he shows him his penis, which he takes pleasure in ridiculing.

Shane misses Jenny and Russell. He also misses his drugs, so decides to return to Holm. His mother drops him off at the bus station, leaving the reader feeling like they never want the pair to see each other again. After he returns, Shane discovers Jenny is missing and suspects that Sven has had something to do with it because he knew of Jenny’s intentions to double-cross him before he left for Minneapolis.

Russell, never that comfortable with his sexuality unless he is under the influence of drugs, gets closer to Shane. He likes Shane’s new short haircut. Frequent sex sessions occur between them while they try to piece together what has happened to Jenny. Then her car, but not her body, is found in a lake, intensifying Shane’s suspicions that Sven has harmed her.

Russell helps Shane hatch a plan to sneak him to Sven’s place, situated outside of town, to see if Jenny is being held there. But Russell lies to Shane and betrays their love, resulting in a sad and life-changing event for everybody concerned.

When Shane wakes up in hospital with fingers missing, he wonders about his life and questions its meaning. He had gone to Holm in search of his mother but found hatred, sadness, and disloyalty instead—not to mention almost becoming addicted to drugs. He considers it time to move on to something and somewhere better, but what a learning curve the past six months have been for him.

This is just a brief synopsis. This is Strom’s debut novel, and what an incredibly good piece of writing it proves to be. He is an excellent writer and has produced a well-crafted novel. It’s not perfect, though, and readers may feel the first part less riveting than the second. In his defense, Strom outlines the storyline and characters rather succinctly in the first half while most of the action and suspense is reserved for the second part. The novel concludes with a very satisfying ending.

The plot is also good at highlighting the scourge of drug misuse and addiction among young Americans who live in places like Holm, who want to escape the hopelessness they feel in their lives for one reason or other. Readers outside the US may be surprised by the level of adult homophobia directed toward young people like Shane, leaving them to wonder why some Americans in this day and age are still so petrified of homosexuality. Is there something in their own lives that is triggering such unexplainable prejudice and hatred?

This book can be recommended to young LGBT adults coming to terms with their sexuality or those facing hostility as a result of it. The writing is very consistent and will draw readers into the story to the point that they care about the outcome of the main characters. Congratulations needs to be extended to Strom for this fine novel, and hopefully he will continue to add to his literary catalogue by writing further fiction of this caliber.