Nobody: A Hymn to the Sea 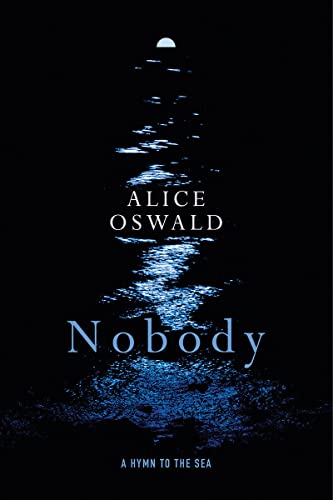 “In Nobody, Oswald has managed to water-bend: she is the magician, and the reader is her entranced audience.”

Mythology guru and linguistic mastermind Alice Oswald, highly acclaimed for her exploration of the Odyssey in her outstanding book Memorial, turns a hypnotic precision to Homer’s Iliad in Nobody: A Hymn to the Sea. The author focuses on a minor yet powerfully lonely character from the Iliad: a poet deserted on an island, surrounded only by the tumultuous sea and his own racing thoughts.

No collection of poems in 2020 has yet to hold the attention of the reader so raptly and so captively as Oswald’s mysterious narrative; one is pulled under the tide with every line.

As in "Memorial," the reader becomes vigilantly attuned to Oswald’s use of repetition. But, unlike "Memorial," this repetition is not gratuitous – it is simply beautiful.

“it’s as if they didn’t know they were drowned

it’s as if I blinded by my own surface

have to keep moving over seemingly endless yellowness

have to keep moving over seemingly endless yellowness.”

Even more poignant are the moments throughout Nobody in which fragments from previous stanzas are repeated, often many pages later, such as, “How does it start the sea has endless beginnings” and “I wish I was there or there” or “No not me.” As continuously as the sea, unmerciful and constant, churns and sends waves crashing against the poet’s island, so too does this repetition create the trance-like subconscious environment the poet finds himself trapped inside.

A complete lack of punctuation is heightened by unrelenting enjambment in Nobody. Thematically, the reader may take Nobody as instructed—

a hymn to the sea. On a metaphysical level, however, Oswald demonstrates, quite viscerally, how committed and attuned she is to humanity’s role as a mirror to nature.

“or was it laughter blew me along I lost track of

the underneath of things everything became my mirror

once I stood up to look over the side

I sat down again terrified it was myself I saw

The reader will find the enjambment is cyclical, humanizing, and necessary to understand both the plight of the lonely poet and of the fickle gods and goddesses who surround him. This thematic concern forms the haunting, ethereal backbone of Nobody.

Oswald has always been partial to simile and metaphor. Her execution of such techniques and her diction is what sets her apart from other poets the reader may come across attempting the same:

“and blinked himself into thousands of self-seeing eyes

like a piece of writhing paper in five seconds of fire

destroying its light with its

Self-seeing eyes harken back to the mirror imagery: here the subject is all-seeing but still fragmented. Blinded by thousands of options, still ignorant of their identity, they too look toward the sea for an answer but find the water engulfs them—as in writhing paper in flames—before they reach any conclusion. The subject’s own “light” and curiosity is responsible for their own suffering. Oswald’s language is teasing here in its muscularity; it is a wave that first appears too small to reach our feet as we stand on the shore, but inevitably ends up drenching the hem of our pants.

Oswald is at the apex of her abilities with this collection. Far from being overdone, as one might fear a Greek retelling would be, these poems offer an entirely new and unifying perspective. Any reader will find themselves simultaneously as poet and god, human and nature, sea and shore.

As the title implies, there is an overwhelming sense of helplessness and non-identity the reader is invited—no, compelled—to encounter while reading this book. But like any poet worth their salt, Oswald unequivocally earns the trust of the reader, assuring them that this self-examination is invaluable. By stepping into the inner landscape of the poet—isolated, weary, and full of shadows—the author exposes our relationships, our vices and morals, our desires and needs, illuminating myriad human fractals in an ultimately timely way.

In Nobody, Oswald has managed to water-bend: she is the magician, and the reader is her entranced audience.